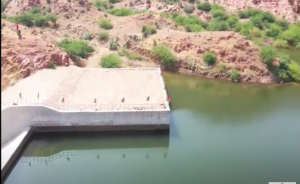 Chief Minister Sindh, Murad Ali Shah has inaugurated the newly built dam in Nangarparkar. The dam has the capacity to fulfill the water requirements for the nearby villages of Nangarparkar for the whole year.

The construction of 34 dams of varying sizes is underway in Nagarparkar, while 18 small dams have already been built there. 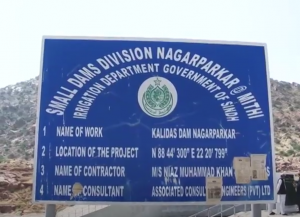 Tharparkar is one of the most underdeveloped regions of Pakistan with a lot of complex problems. However, the problem of availability of water in Tharparkar remains the biggest unresolved issues that the residents have to deal with. It is estimated that around 60% of the people out of an estimated population of 1.6 millions are deprived of clean drinking water. The region is largely dependent on rainfall to cover the lack of availability of water. Therefore, drought is developed due to the lack of rains and which increases death toll of both humans and animals in the region every year. 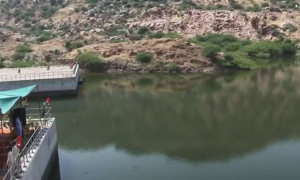 Women of Tharparkar face a lot of hardships in getting the water. A lot of time is required such as three to four hours each day to travel and get water. They have to carry the water pots on their head and travel to their places which causes a lot of health issues as well. The lack of nourishment increases these health issues due to which undernourished children are born in the region.