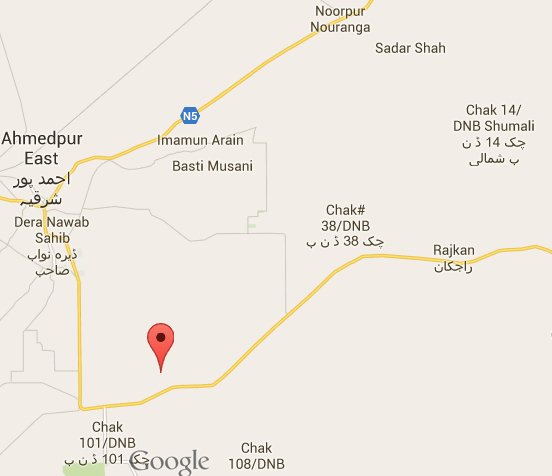 According to an FIR lodged by the local police, a 16-year old girl from the Hindu Bhel community in Chak 45/DNB of Tehsil Yazman was in the fields near her home on February 5 when she was assaulted by the accused Mehar Lal. The girl resisted him, shouting for help upon which her family rushed towards the scene of the incident.

Another alleged accomplice of the main accused, namely Sontya Ram, tried to stop the family members. But Mehar Lal ran away and Sontya Ram was later apprehended by the authorities. Police have arrested Sontya Ram and put him in Central Jail, Bahawalpur while Mehar Lal is still at large. A case has been registered against both under the dock number 17/15 crime no. 376/511 T P.

PakVoices representative in the area confirmed that Mehar Lal is still in hiding although he has posted pre-arrest bail and has been asked to appear in front of the Additional Session Judge, Yazman on February 19.

On the other hand, the mother of the two accused, Sardari Mai, says that her sons are being framed on the behest of the local landlord Yaseen. She says that the charges brought up against her sons are fabricated.