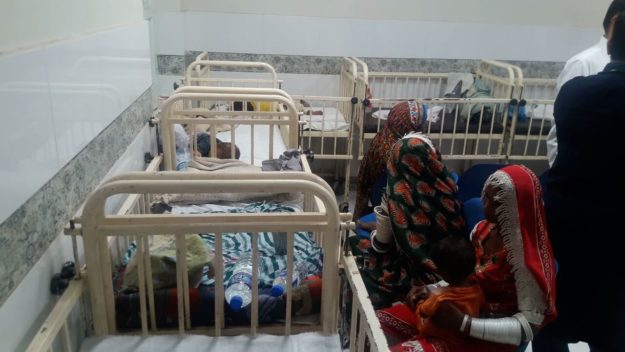 Epidemics and malnutrition continue their killing spree among infants in Tharparker. As of latest, another four infant lives have succumbed to the monster of malnutrition and epidemic diseases. The unfortunate four children include eight days old Amjad Ali and three newly born babies.
According to the sources in Civil Hospital Mithi, 32 infants have perished so far. The twin monsters of poor diet and epidemics keep preying on infant lives for the last five years.
After every wave of infants death, Sindh Government and Pakistan Peoples Party Chairman Bilawal Bhutto take routine notices of the issue.
Health experts and critics say practically the government has done little to eradicate the issue on a permanent basis. 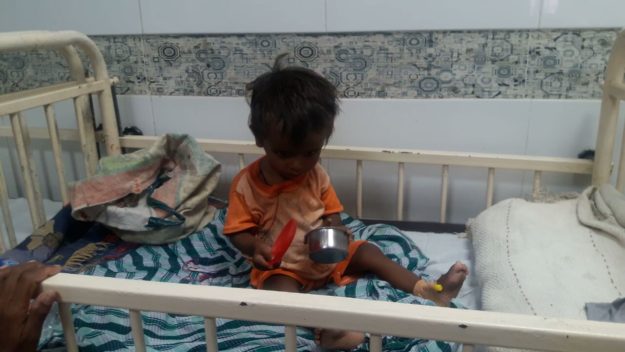 The Sindh Government devised a strategy to uproot the curse of famine from Tharparker. But two years on the Tharparker Famine Policy is yet to be approved by the provincial assembly.
In Civil Hospital Mithi the nursery ward and children malnutrition ward are being run by non-government organizations (NGOs). The staff at the facilities is also appointed,  managed and paid by the local NGOs.
The infant deaths continue shaking poor people as the issue has never been taken seriously. For over a year, Civil Hospital Mithi has been facing a shortage of medicines. Sources at the hospital told Pak Voices that the hospital owes worth Rs. 3600,000 to the ambulance fuel providers.
No funds have been released for the last three months. The facilities at the hospital laboratory are also not functional. 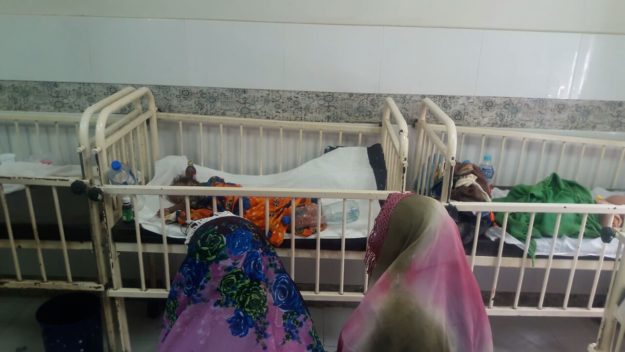 The shortage of food still hangs on in spite of rains in Thar as there is not enough grain production and hence food problem lingers on.
This year it rained enough in Thar region but due to other factors, the local grain produce was not sufficient for the area.
Mahesh Kumar Malani, a Peoples Party MPA, visited Civil Hospital Mithi and attempted to portray “All is well” picture saying “Sindh Government has provided all necessary facilities at the hospital. To provide food the government has distributed wheat worth billions of rupees.”
Jamshed Awan, District and Session Judge, Tharparker took notice of infant deaths in Tharparkar and ordered an official inquiry into the matter by the district administration.
Judicial magistrates Sajid Chandio and Ali Ahmed Khoso have visited the hospital to conduct an inquiry and have gathered information from the parents of infants under treatment. The report has been submitted to the district and session judge.
Sajid Bajeer works for Pak Voices as a citizen Journalist from Tharparker.
Translated by Tariq Mehmood