Home Education 1986 to 2017: No repairs for dilapidated Turbat school building 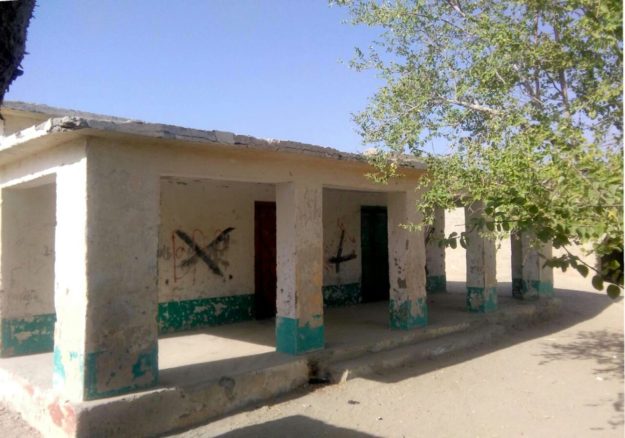 The Govt. Boys High School, Nazar Abad, situated in Tehsil Tump, district Kech has total 346 students out of which 55 have enrolled in the current year. The school is facing multiple problems including damaged boundary wall and classrooms as well as lack of teachers and improper amount of funds.

The school started in 1952 as a primary school that later on became a middle school in 1962. Later on, it was upgraded to high school in 1986. However, the school infrastructure of the school remains same as in the 1950s.

The headmaster of the school, Muhammad Ismail Baloch, spoke with PakVoices expressed his pain and helplessness saying,” New posts haven’t been sanctioned over a long period of time, as a result the school is facing a shortage of teaching staff,” adding that two secondary School teacher (SST) posts are vacant since last eight years.

Talking about the condition of the school building, he said, “The school has total 16 rooms out of which eight are in such worst condition that they can’t be used whereas remaining rooms also need immediate repair work.”

The headmaster added, “The boundary wall has cracks in it and also it is not high enough due to which during holidays thieves enter the school and cause damage to the building.”

Baloch urged the higher officials for immediate repair of the boundary wall and classrooms. He further said,” Population has increased therefore the requirement of more classrooms has become necessary.”

Talking to PakVoices about the less number of staff, he said, “We require at least two security guards but not a single guard has been provided to us,” adding that additional staff hasn’t been sanctioned since 1987, therefore post of peon is also vacant since then.” 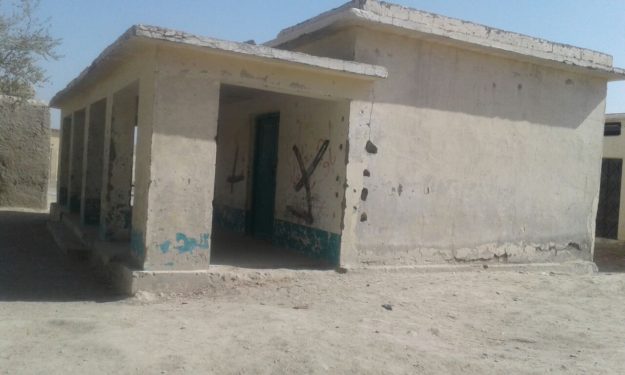 Baloch told PakVoices, “I’ve taken the matters to secretary education and local government members several times but nobody is willing to pay attention.” According to the headmaster, this school also serves as an examination center where a large number of students come especially for matriculation exams but lack of space and facilities has become a big hurdle in conducting exams smoothly.

Aslam Baloch, a former student of the school, told PakVoices,” This school has been facing these problems for a long time but nobody wants a solution to these issues.”

Putting the blame on the elected members of the provincial assembly from the concerned constituency, Raza said, “The staff strength should be at least eight but local MPAs don’t pay attention to education otherwise they can resolve the issue quite easily.”

Expressing his helplessness, Raza further said, “We can only take the matter to the provincial education department, but the implementation is not in our hands.”

“We’re still waiting for a reply from the department, however, no one has paid attention to resolve these issues.”

Talking about the funds received for the school, he explained that the funds are so minimal that they cannot start the up-gradation works with the given amount, and they are able to do very little.

Yalan Zamurani is working with Pak Voices as a citizen journalist from Turbat, Balochistan.