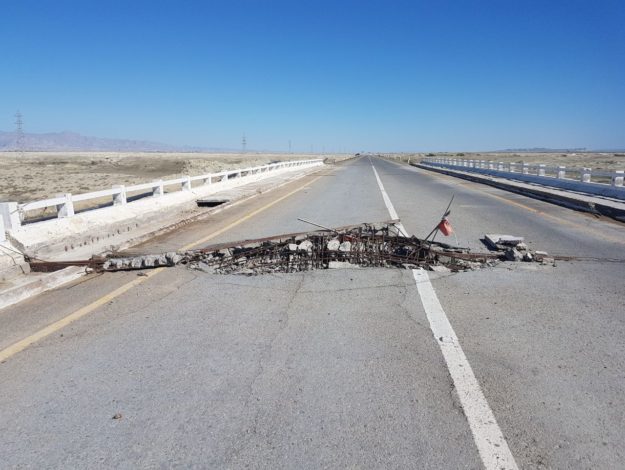 National Coastal Highway bridge at Zero Point about 25 km from Gwadar city has developed some cracks, causing inconvenience to the commuters.
Traffic on the bridge remains suspended due to the cracks for more than a year.
People are using an alternate route under the bridge which takes longer than the normal bridge crossing time, causing huge traffic jams sometimes due to a narrow passage. 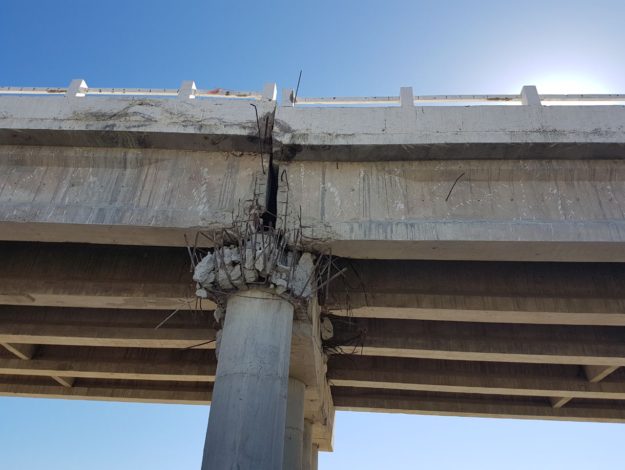 The residents of Gwadar have often expressed their concerns over the lack of repairs but to no avail. Zakir Baloch, a local of Gwadar, directed his anger at the National Highway Authority (NHA) saying, “This small repair would have saved the public a lot of time but the NHA officials have not moved to repair it.”
It’s worth mentioning that National Coastal Highway is one of the key supply routes for the projects under China Pakistan Economic Corridor. 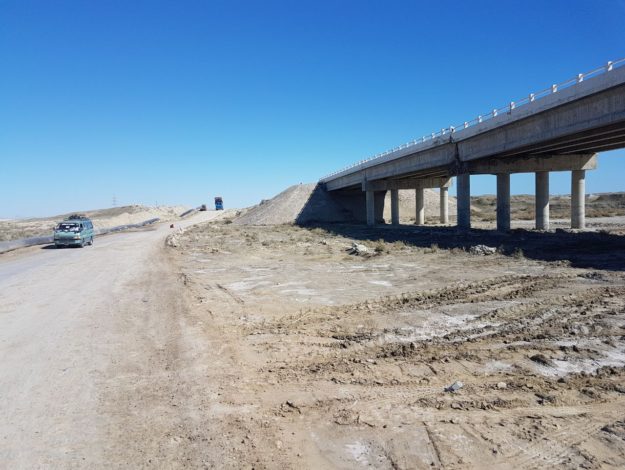 When contacted NHA deputy director Pervaiz Gichki told Pak Voices that the repair work has been commissioned and soon the bridge would be repaired.
But the local transporters such as Ubaidullah are asking questions: “Why has it taken so long for NHA to tender the construction work of a small patch?”
Sharif Ibrahim is working with Pak Voices as a citizen journalist from Gwadar town.