Home Development Will tree plantation cause rain in Gwadar? 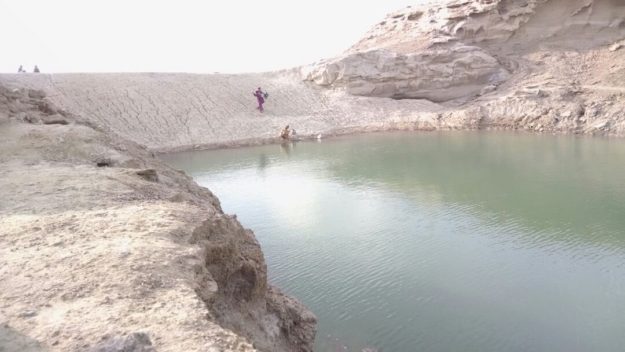 In order to resolve water crisis in Gwadar, the Gwadar Development Authority is planning to bring about change in the climate of the city with an effective plantation. In an interview with Pak Voices, Hamal Afreen, Environment Officer at GDA, opined that rain is the natural and healthier solution to the water crises in the long run.

In current scenario normal tree plantation can’t be a guaranteed success as that too requires the availability of fresh water which is scarce. “Planting Mangroves is the best solution because they grow in saline water, stop soil erosion, provide natural habitat to many kinds of marine animals like crabs, control tides and waves, and above all attract rains.”

In Gwadar, there have been no rains during the last two years in the area and the main source of fresh water, Ankara Dam reached dead level long ago. At present major parts of the city are being supplied water by water tankers.

The city needs 2,400,000 gallons of water daily whereas the current supply varies between 1300,000 and 1400,000 gallons. People are facing acute shortage and normally a tanker is delivered after every fortnight.

Locals fear that if it doesn’t rain in near future, water shortage might get worse as the city population is increasing every day as one resident said, “Probably, Gwadar is the only city in the world which is surrounded by water on three sides and yet the residents are thirsty.”

However, the beach where mangrove is supposed to be planted is plagued by pollution of sewerage water and garbage. The city needs more sewerage treatment plants. The water generated after treatment can be the best feed for normal tree plantation.

Hamal wants the beach visitors to cooperate in keeping the beach clean and not to litter around.

Indeed mangrove plantation can be the best solution in the given scenario. It will not only beautify the beach but also increase rainfall and thus help overcome the absence of fresh water.