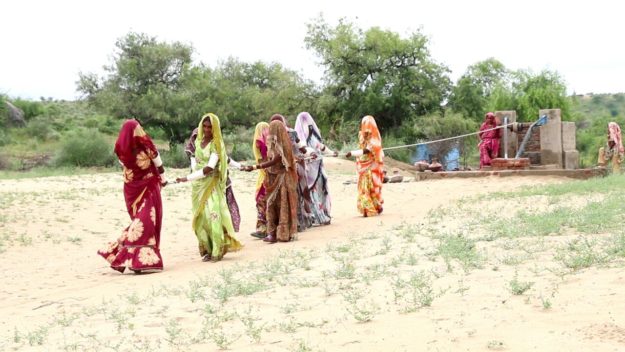 Jheeman has been fetching water all through her life and now her siblings are doing the duty as she gets old. Jheeman was very happy about the installation of water filtration plants in Tharparkar district and hoping that her siblings would be spared from the harsh duty of fetching water from the wells in far-flung desert areas.

Talking to PakVoices, Jheeman told,” We’ve to go to a well for water that is used in household uses but drinking water for children has to be gathered from far away from wells,” adding that they use sweet drinking water only for kids otherwise they fall sick due to abdominal diseases. 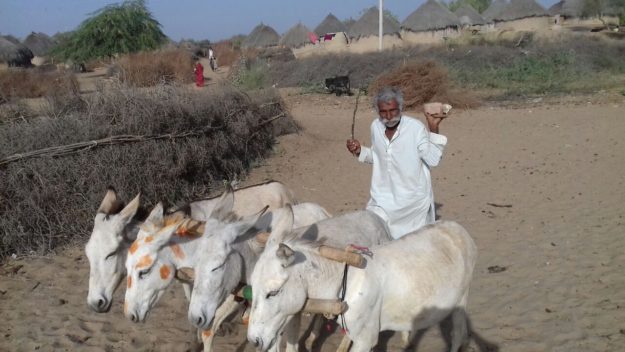 The water crisis has worsened in Tharparkar district of Sindh province due to lack of rains and non-functioning water filtration plants.

Sindh government claims to have installed five hundred filtration plants in Thar but Tharis complain that most of the plants are out of order due to non-maintenance and others couldn’t be started to work. 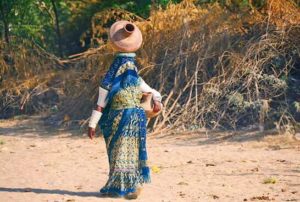 A large population of Tharis, up to five hundred thousand, often faces a shortage of drinking water and drought conditions give rise to nutritional decline. Tharis depend upon rain for obtaining their drinking water but rain falls here only in Monsoon, July and September, and that also happens in very low frequency. 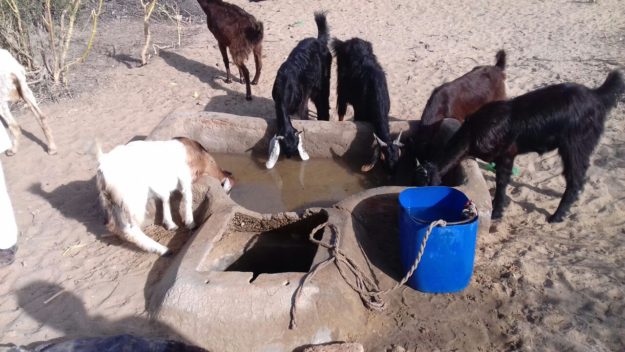 During the remaining period of the year, Tharis rely upon the wells that store underground rainwater. Water from here is carried by Thari women mostly on their heads or sometimes cattle like camels and donkeys are also used for the purpose.

Residents of Thar had set high expectations for the installation of water filtration plants. But the installed plants don’t work at all. 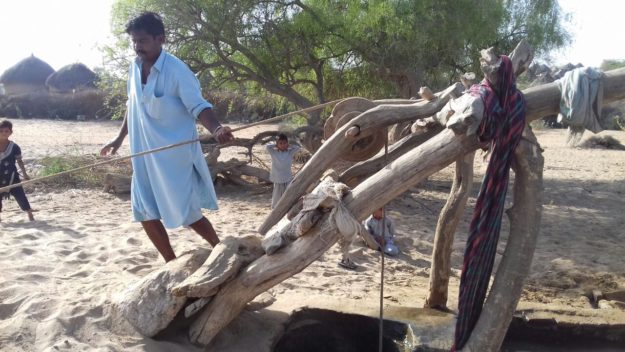 According to World Health Forum, up to eighty percent of this water isn’t drinkable due to the excessive amount of minerals mixed in it.

‘Aware’, a local NGO has claimed that at least three members of every family spend three to five hours daily to collect drinking water. 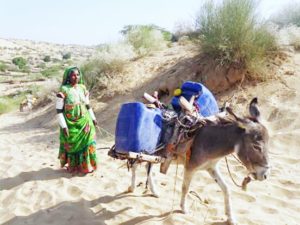 Ali Akbar, a social activist, talking to PakVoices said, “Supreme Court’s constituted a committee for fact-finding on the water crisis in Sindh but the report wasn’t made public.”

Residents of the Tharparkar’s desert have demanded from the government to take immediate action on an emergency basis to resolve water crisis so that the installed plants could be brought in working condition.

G.R. Junejo is working with Pak Voices as a citizen journalist from Mithi, Tharparkar.