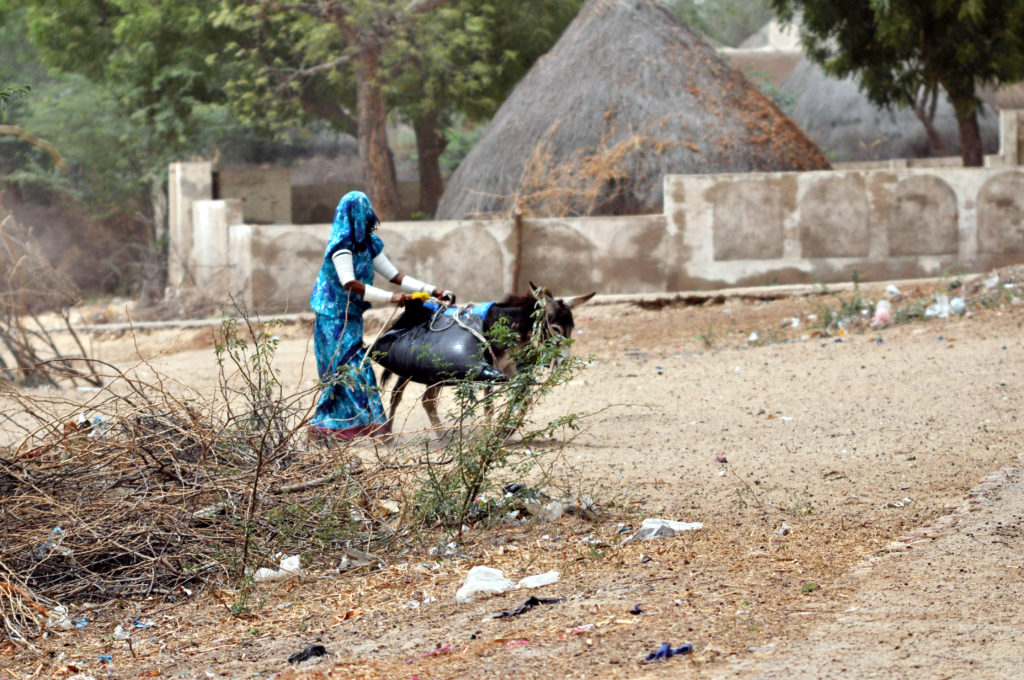 The water crisis has worsened in the district Tharparkar forcing thousands of inhabitants of desert areas to migrate to the fertile land where they spend the rest of six months in order to survive.

As lives are dependent on the water, which has become a rare commodity due to the changing climate patterns which have disrupted rain cycle.

People are forced to drink underground water which contains minerals meaning that its not only bitter in taste but also hazardous to life. 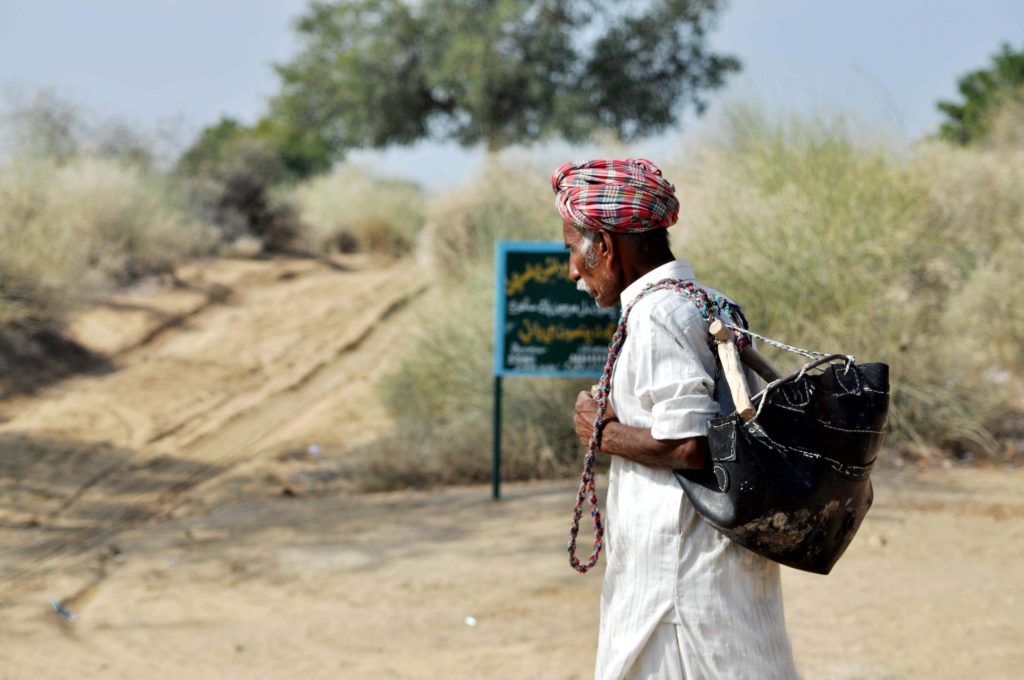 While talking on this issue social activist Krishan Sharma says, “Underground water which is very bitter in taste is about 50 to 200 feet in different layers of earth crust but different social organizations are working to improve it for daily use,” adding that due to desert area it is almost impossible for these organizations to make it pure without the help of government.” 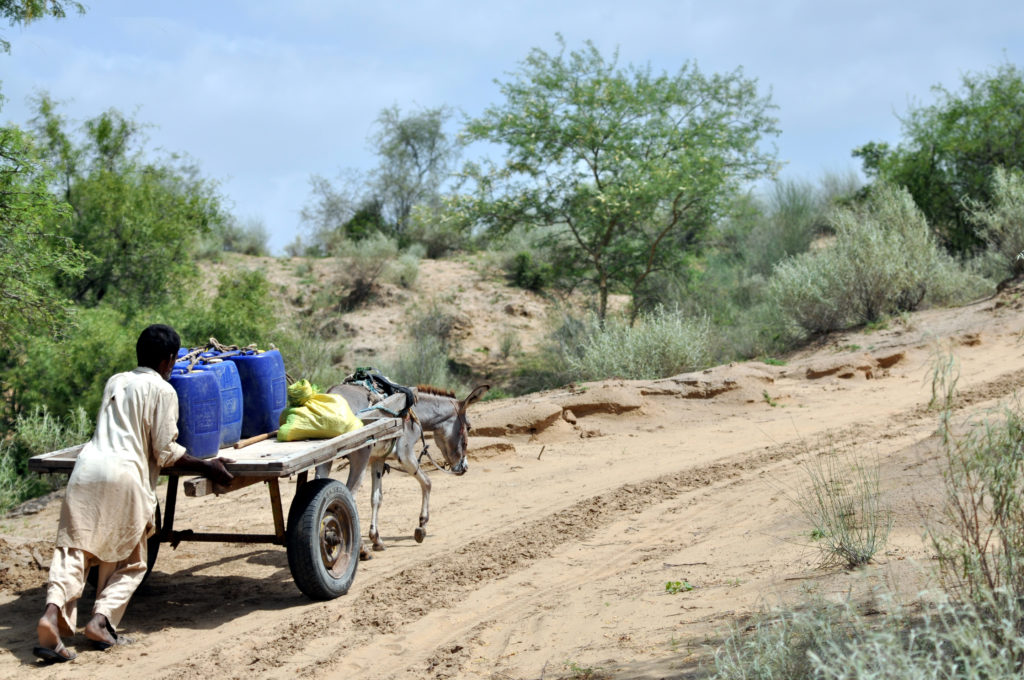 The agriculture is also dependent on the monsoon rains which are not pouring regularly now affecting the output of various crops.

As a result of a shortage of food, innocent children die in drought conditions of Thar desert.  Reportedly, livestock is dying every day which is leaving the farmers under economic stress. 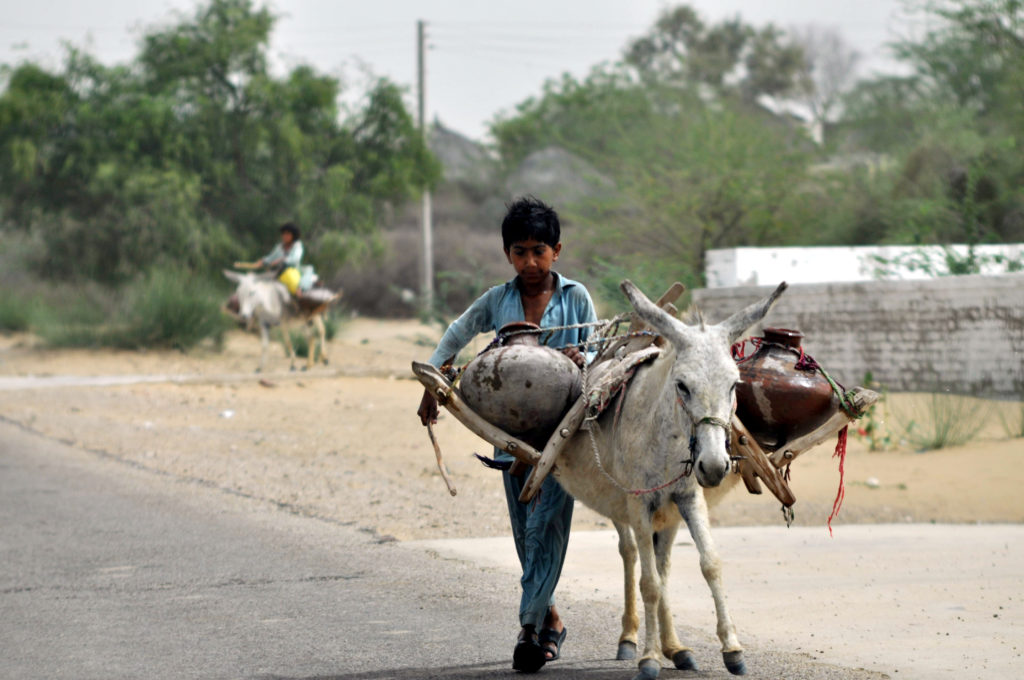 In Tharparkar district, 40 percent of the total population, which comprises of Bheel and Kohli tribes, migrates to places where they could find water and work. 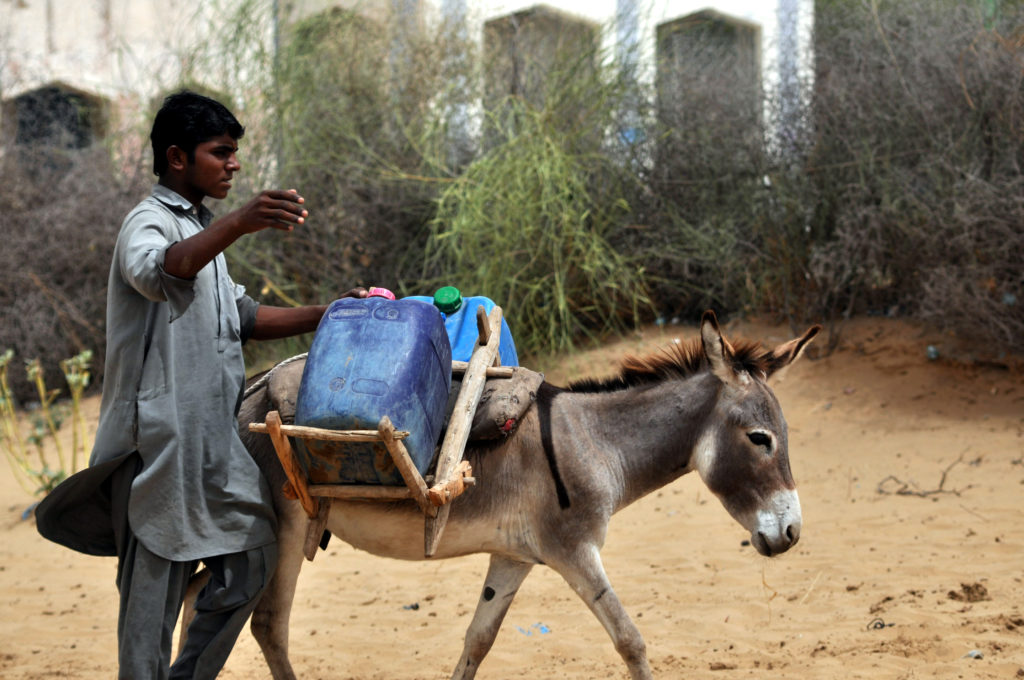 They also move to cities of Punjab including Mian Channu with their children and families where they grow and cut different crops like rice, sugarcane, maize and stay there for next six months.

Sagar Sharma is working with Pak Voices as a citizen journalist from Mithi, Tharparkar.