Home Tharparkar Tharparkar: Candidates for Head Master Post Protest Against Delay In Hiring
By Vijay Sharma
The candidates for appointment against the post of headmaster in district Tharparker staged a protest on Monday outside the Press Club. These candidates have cleared the written test conducted by Institute of Business Administration, Sukkur, whom the Sindh
Government had tasked as a testing service, in December 2015.  The protestors holding play cards, banners in their hands chanted slogans against the Sindh Government and Education and Literacy Department for not completing the hiring process.
According to the candidates, they were called twice for interviews and scrutiny in Karachi but there has been no progress in the selection process. One of the candidates, Muhammad Siddique Dal, who was leading the protest, said that despite the lapse of more than a year the posts are lying vacant leaving them in limbo. He claimed that they were assured by officials including former Chief Minister Sindh, who had directed the education department to issue them offer orders during the emergency declared in the education sector.
The protestors demanded from the Education Department to expedite the hiring process and appoint the headmasters in Tharparkar like other districts of Sindh.  They also warned the Sindh government to go on hunger strike if their concerns are not addressed without any further delay.
Almost 1080 candidates including 25 from Tharparkar district qualified out of total 7000 candidates who appeared in the test against 2000 vacant posts of headmasters in the province. 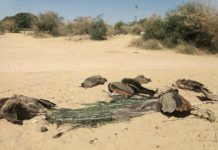 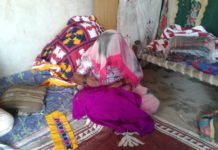