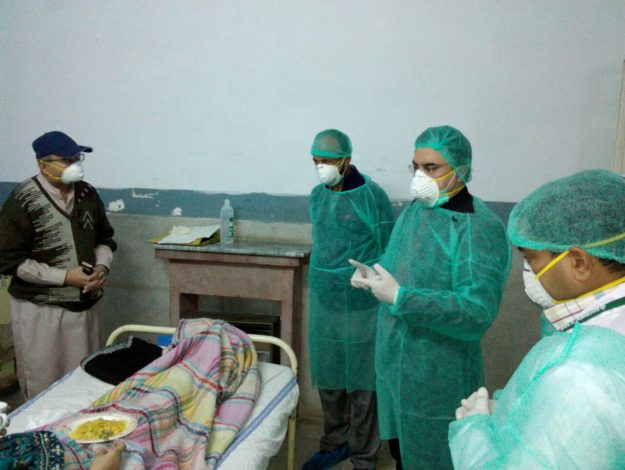 Seasonal influenza has taken at least 35 lives in southern Punjab particularly in Multan and its surrounding districts, the focal person Dr Atta-Ur-Rehman of Multan health department confirmed to the media. Doctors describe it as a viral disease as it spreads from person to person.

The deadly disease has killed at least 26 patients in Nishtar Hospital Multan, 5 in Victoria Hospital Bahawalpur and 4 in Sheikh Zaid Hospital, Rahim Yar Khan. This takes the total death toll to 33 in southern Punjab caused by the fatal virus ailment, according to the data provided by the hospitals.

Doctors are still waiting for 8 patients’ blood tests and reports.

Facts and figures show that district Multan has been worst hit by the epidemic viral sickness with 114 patients admitted to Nishtar Hospital Multan. Muzaffargarh and Khanewal took the second and third place respectively with 27 and 20 patients in the same hospital. 6 patients were brought from DG Khan, 7 each from Veharri and Layyah, and 3 each from Lodhran and Rajanpur.

Pak Voices interviewed Dr Abdul Rahman, the medical superintendent Nishtar Hospital who briefed Pak Voices about the special arrangements made for the seasonal flu patients explaining, “If any patient has the symptoms of seasonal influenza he/she must visit the outdoor patient department (OPD) at Nishtar Hospital.”

“We have established a special counter for seasonal flu patients. If anyone is diagnosed with the condition, there is nothing to worry about as it is absolutely treatable.”

Still the patients at the hospitals are troubled as many doctors and paramedical staff are afraid to treat the patients for fear of catching the same deadly virus. On the other hand, the attendants of the influenza patients are risking their lives and providing care to the patients.

Sohaib Iqbal is working with Pak Voices as a citizen journalist from southern Punjab.