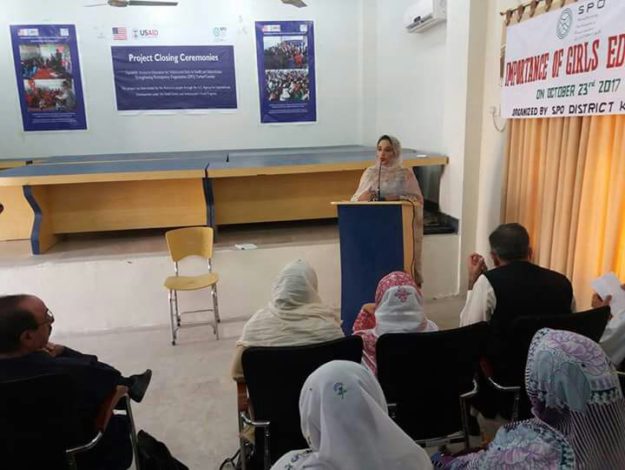 Shazia Akhtar Baloch, a teacher and a civil rights activist, is a source of inspiration for young girls to break the socially constructed barriers and create a space for themselves in a male-dominated society of Pakistan. She is leading the campaign to bring girls back to the school in the district Turbat where still many girls are out of school due to social norms and customs that do not allow women to go out and pursue their dream of education.

She has emerged as a young leader in the education sector in Turbat of Balochistan which lags behind in socio-economic development as compared to other provinces of the country. The success of a weaker gender becomes more meaningful in an underdeveloped tribal society where a woman has to break the glass ceiling at every step of the social ladder.

While defying the societal norms, she went on to receive her Master’s degree in Gender Development Studies from the University of Balochistan Quetta and recently attended an eight-week long academic program in the United States. 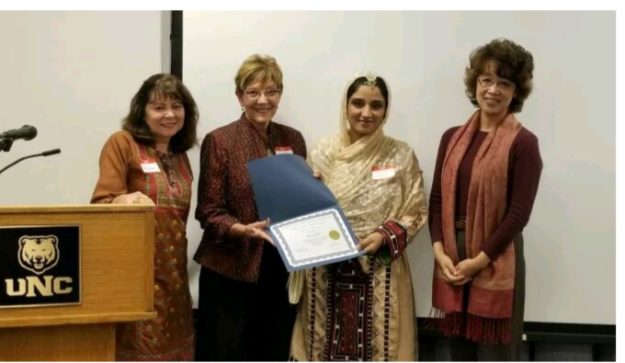 Talking about her social struggle, she told Pak Voices that she grew up and continues to live in an environment where she encounters more people who discourage her from excelling in her career.

She faced a lot of criticism and resistance in her ambition to get a university education. “Luckily, my parents stand by my side in my every struggle and I not only managed to complete my degree but today I am a civil society activist promoting girls education in my district,” said Shazia Baloch.

After graduating from the university in 2009, she chose to remain associated with the education sector. She currently works as a secondary school teacher at the Government Girls High School Turbat.

She has turned her profession as a cause to improve the literacy rate of her province which stands at 41 percent lowest amongst all the four provinces, and school enrolment rate has significantly declined in the last few years.

She is particularly passionate to promote girl’s education and has been associated with the cause for over five years. She volunteers with various organizations and is a member of Human Rights Commission of Pakistan, Strengthening Participatory Organization, and Kech Civil Society; which provide her a bigger platform and a larger audience to promote her cause.

She is also running a campaign in Turbat to discourage parents from early child marriages and raise awareness amongst them about the importance of girls’ education. 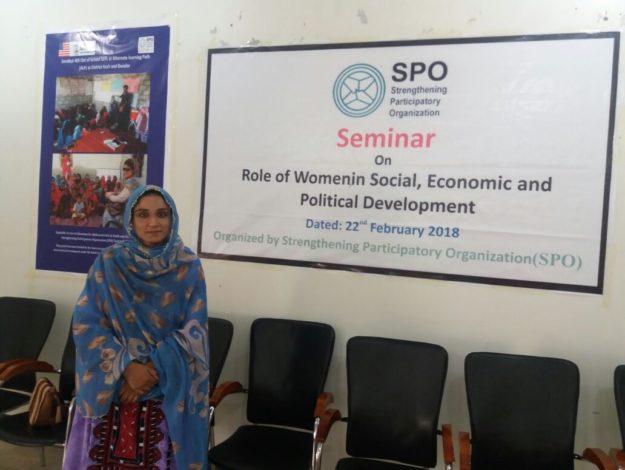 To excel further in her teaching profession, she applied for the United States Teaching Excellence and Achievement Program and was the only woman selected from Balochistan to win the award in August 2017. She attended an eight-week long training program at the University of Colorado to gain expertise in her subject areas and received intensive training in teaching methodologies.

Talking about the program, she said that it has been an extraordinary experience and an opportunity to learn about the most effective teaching tools which she later on adopted in her classes.

On behalf of the US Embassy, she also conducts training for the students and teachers about the various US government sponsored scholarship programs and assists them with the application process.

Her message to every woman of Balochistan is to play their key role in women empowerment by simply educating their daughters, and discourage early marriages.

Amjad Ali is working with Pak Voices as a citizen journalist from Turbat, Balochistan.