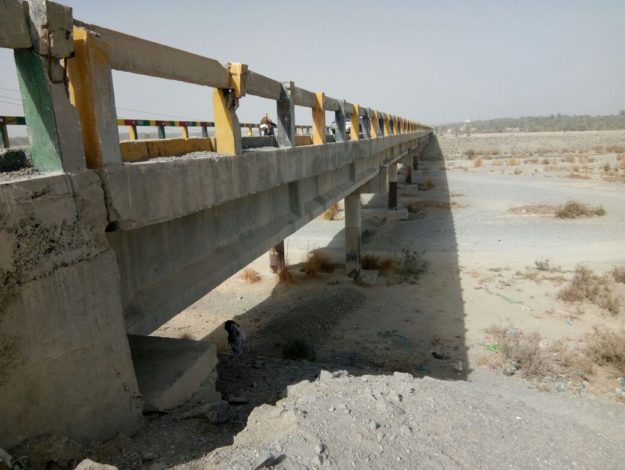 The only bridge that connects the border customs station at Cheedgi along Pak-Iran border with rest of the country has created safety concerns for the commuters. Cheedgi is a bordering town in Panjgur district of Balochistan province where a customs station was set up in 2015 to facilitate legal border trade between Iran and Pakistan.

The crumbling bridge is the only trade route that facilitates hundreds of vehicles transporting goods between two countries on daily basis. It is not only the principal trade route but also the only means of communication for people of Panjgur district with its headquarters in Chitkan, and further with the provincial city of Quetta. 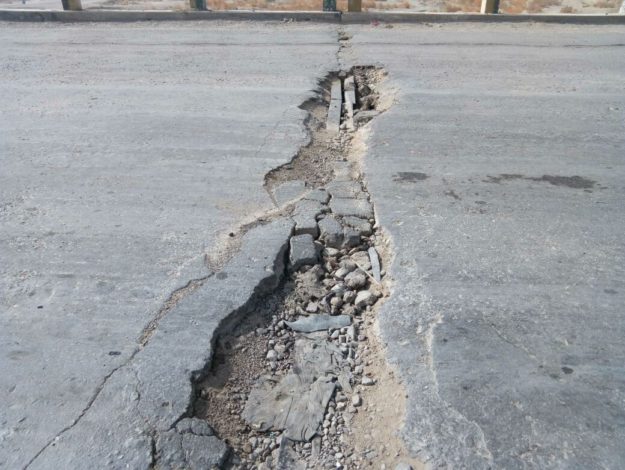 The bridge overheads Rakshan River that runs through the valley of Panjgur. Although the river is normally dry and it flows during the rainy season and poses a further risk for the commuters crossing over it.

Exposed rebar and crumbling concrete are evident on the bridge. Some cracks are wide enough to see the river underneath. It is feared that the columns of the bridge may not be strong enough to support it for heavy vehicular traffic. 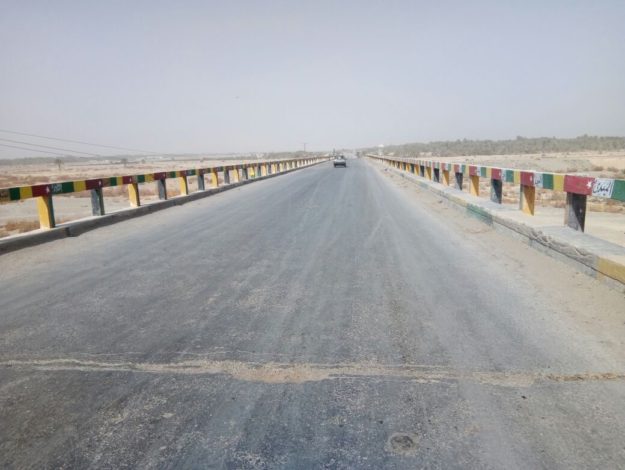 Abdul Malik, Xen B&R Department Balochistan, while talking to Pak Voices said that heavy traffic carrying trade cargo damaged the bridge. He said that his department is not entitled for the budget required for repair and maintenance of the bridges. 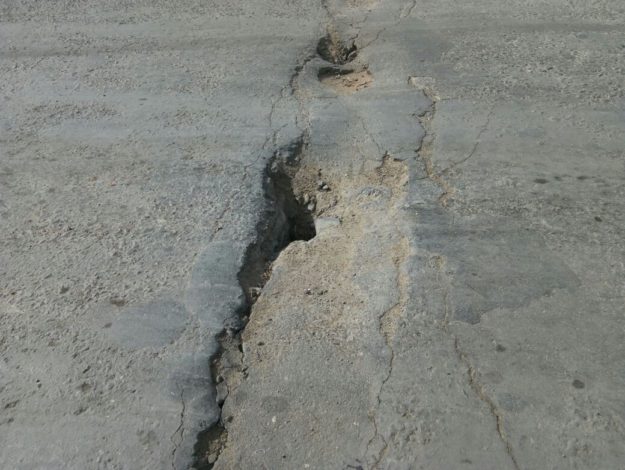 He further told Pak Voices that the development work is carried out by the concerned elected politicians or through the members elected through Local Body elections. He said that his department has requested the political figures for the provision of funds to repair the crumbling bridge. 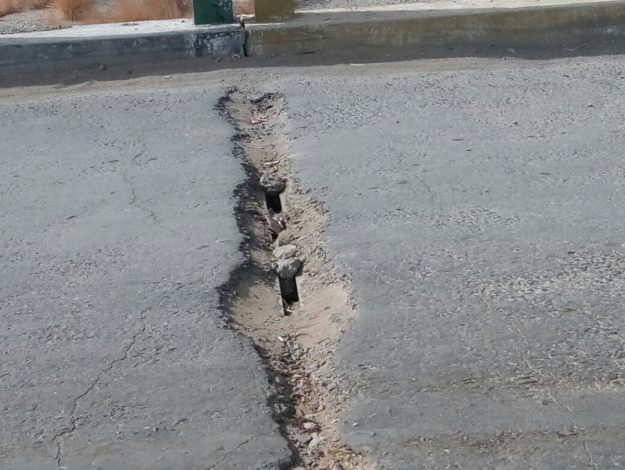 However, a feasibility study of the bridge must be conducted to ensure if it can sustain the heavy vehicular traffic, considering that it is the principal trade route between Cheedgi Custom Station along Pak-Iran and rest of the country.

Qadir Bakhsh Sanjrani is working with Pak Voices as a citizen journalist from Punjgur.

All photos by author