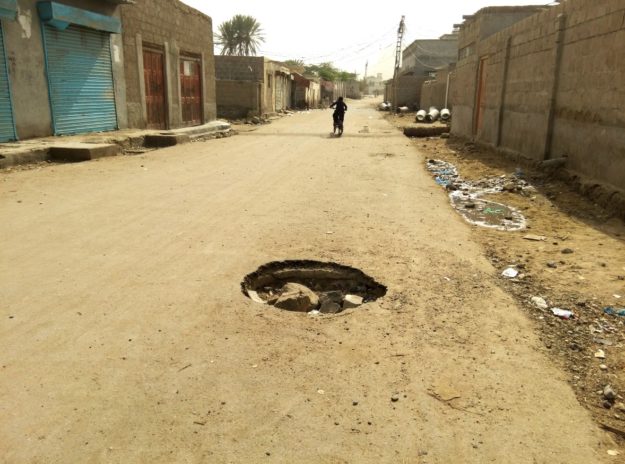 The residents of Gwadar city are blasting the local government for revamping the road network with a poor quality material. The newly paved inner-city roads had given people a temporary relief until several large potholes started to appear soon.

The road-repair work of worth 10 crore rupees was distributed between 10 contractors by paying one crore to each of them. The work was completed in due course of time while compromising on the quality tremendously, according to the local notables. 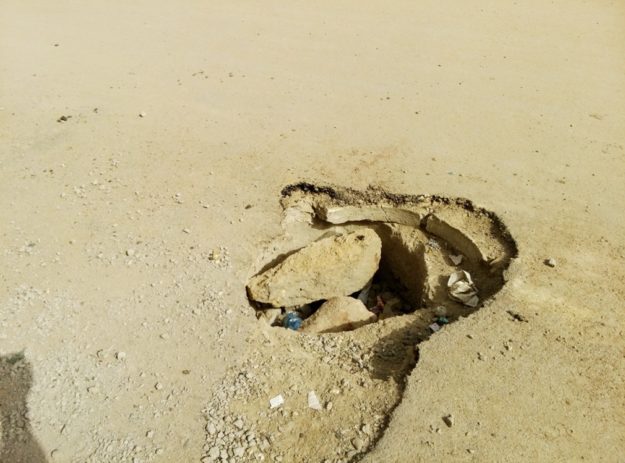 The inner-city road revamping project was completed a month back in December, but the roads are already in poor condition and need urgent repair. The potholed roads of Gwadar city are putting drivers in danger and several vehicles have suffered damages.

The residents of Gwadar city while talking to Pak Voices expressed their anger at the government for wasting the tax payer’s money. Many people especially children complained of falling into potholes and getting minor injuries. 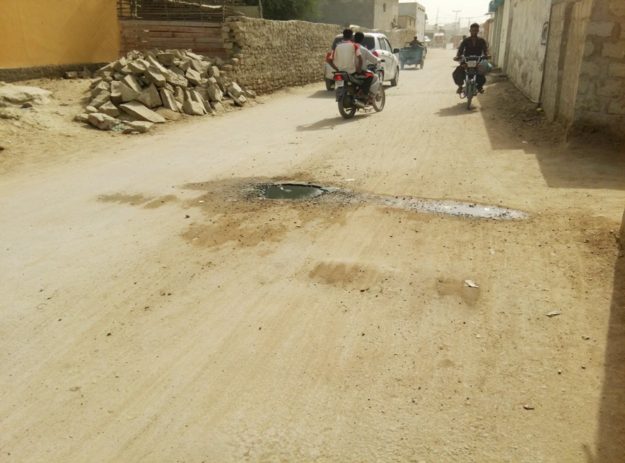 People also complained against unnecessarily huge speed breakers, which were recently constructed and are causing damage to cars and affecting smooth flow of traffic.

Former councillor Faisal Hussain demanded the government to initiate an inquiry against the contractors and blacklist them from future projects. 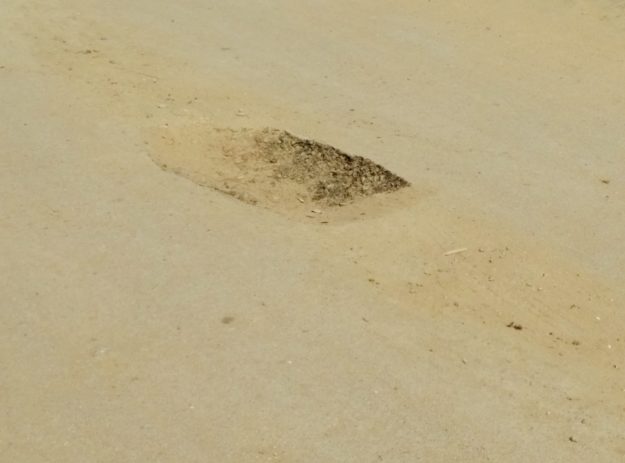 The local community says that the local government deviated from a proper procedure of widely advertising a call for tender, and instead displayed notices at the municipality office only. Eventually, the project was awarded to 10 contractors who were not selected through open competition.