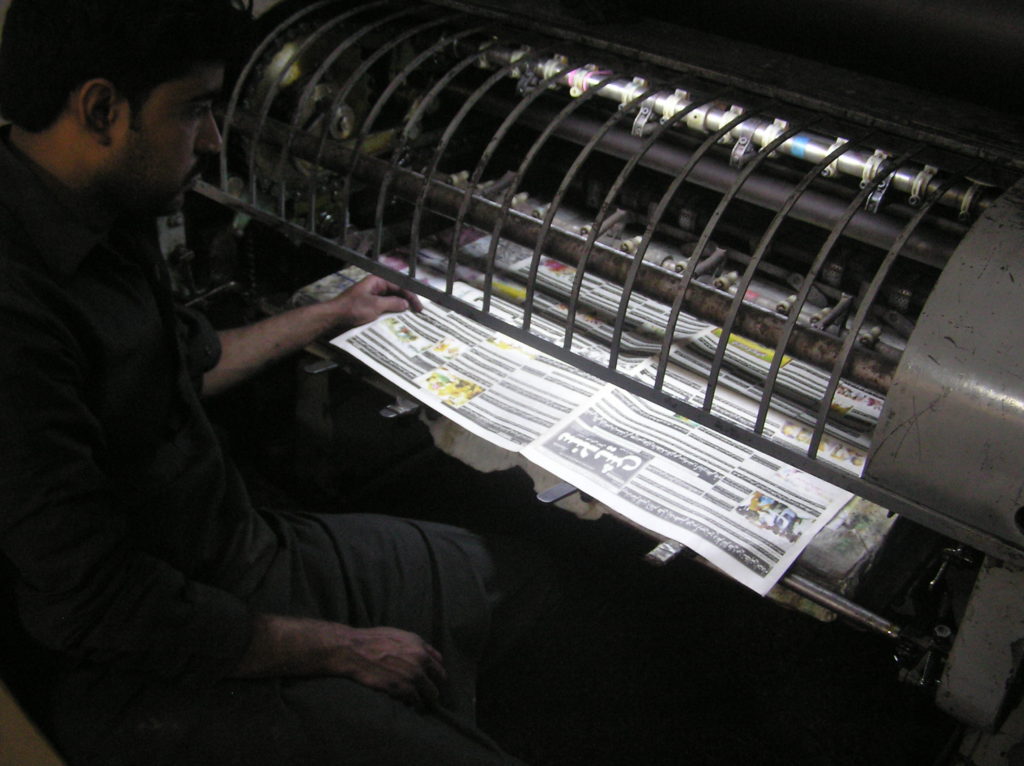 Sindh province of Pakistan has a sizeable population of Hindu community living there for centuries. But if one looks at the daily news coverage of the mainstream media, there is hardly any mention of the issues facing the Hindu community.

Members of the minority community also complain that the media would even ignore their important events rooted in local culture and religion. Partly because they do not have enough or fair presence in the media which results in under-coverage of their events and problems.

Those lucky ones who make it to the mainstream media rarely get a chance to voice the concerns of their community due to lack of interest of the media houses.

Dolat Thari from Nagarparkar is one of the pioneer journalists who felt the need to have a newspaper where the issues of minority community could be covered. In 2004 he launched a Dalit Awaz which gave a voice to the most marginalized and suppressed community even within the Hindu community: Dalits, members of the lowest caste.

While talking to Pak Voices, Dolat Thari said, “if you write the truth and raise voice for your community, you will be intimidated and silenced.”

Dolat has even faced physical attacks in 2012 for reporting boldly on the issues of governance which affect a common man. He survived the attack but his newspaper, Dalit Awaz, could not continue as he had to stop printing in the face of growing threats in 2016.

Another minority journalist, Harjee Lal from Hyderabad, launched a Hindu newspaper named Sandesh in 2010 to cater to the growing need of covering minority’s issues. However, the newspaper could survive only three years and stopped printing due to financial problems in 2013.

Talking to Pak Voices, Harjee Lal said, “The issues of the Hindu community are not given due importance, however, the media reports on the happenings off and on.”

He further elaborated that the issues of serious concern for the minority community not given due space and importance by the mainstream media. “News on the kidnapping of a Hindu girl or conversion of religion is under-reported issues. Often the mainstream media distorts the real story behind such incidents.”

Self-censorship also comes into play when a minority journalist is covering an issue for the media, Lal said, “A Hindu journalist has to take care while reporting on the issues his community facing particularly stories concerning the religion.”

Dharminder Balach is working with Pak Voices as a citizen journalist from Rahim Yar Khan.