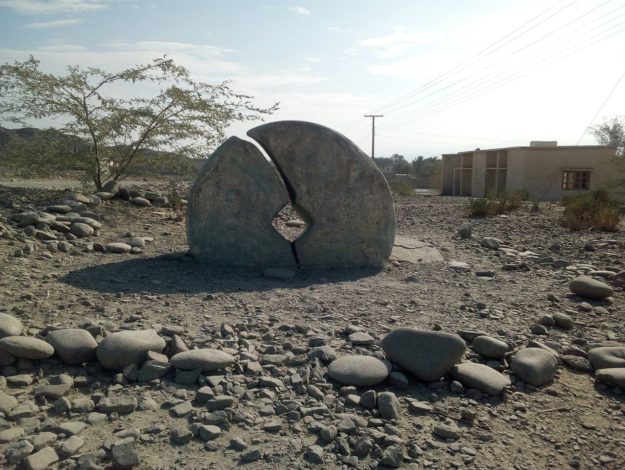 If you go with the local legends in Kech, the hole in the middle of the grinding wheel could contract or expand on its own spreading a scare among the locals.

But mind it that many are unaware of the historical significance of the grinding wheel.

A centuries-old grinding stone discovered in Shahrak council, district Kech, Balochistan is believed to date back to the times of Alexander the Great. Shahrak is a small town, known for its unique geography, rich history, and a romantic folklore.

The tragic story of Sassi and Punnu still resonates with residents of Kech. Punnu was a son of the king of Kech who had fallen for a low-caste girl. The district has also served as the economic center to Makran region.

The army of Alexander the Great is also believed to have passed through the area on its way from India to Macedonia. The region was also controlled by one of Alexander’s general until it fell to Mauryan Dynasty in around 303 BC.

A geologist, Mohaib Baloch, working with Mines and Mineral Development Department of the province told Pak Voices that the grinding wheel found in Shahrak town of Kech district possibly belongs to the times of Alexander the Great. 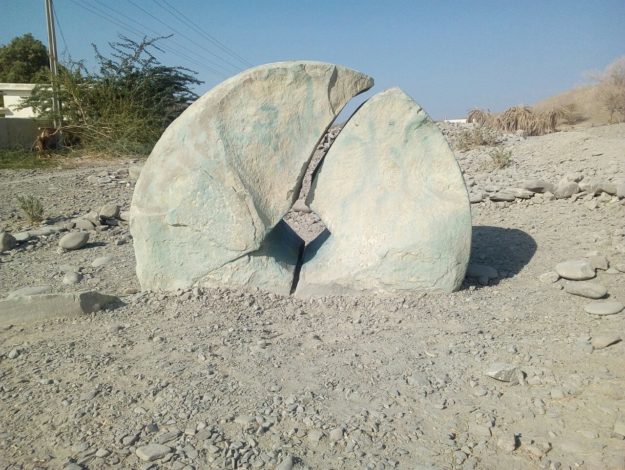 He explained, “The wheel is made of sandstone, the material originally used by ancient Egyptians to hew similar wheels to grind grains. Later Greeks used it for the similar purpose.”

“It is most probable that it was erected at this site when Makran region was under the control of Alexander’s Greek general Seleukos Nikator,” he further said.

According to the government of Balochistan’s records, the history of the area dates back to the times of Prophet Dawud.

The district Kech is also associated with Iranian kings Kay Kavus, Afrasiab, and Khusraw; whose stories are narrated in Shahnameh, a great epic written by the poet Abolqasem Ferdowsi in the late 10th century. 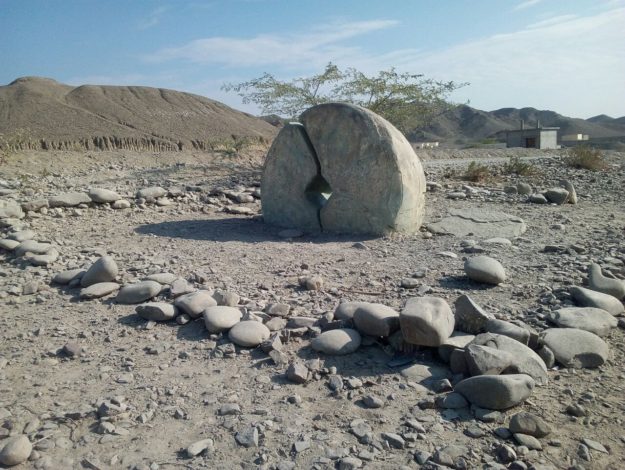 The exact date of the wheel cannot be ascertained since no archaeologist has ever visited the site.

Geologists urge the provincial government to preserve the historical relic and conduct archaeological tests on the grinding wheel.

Amjad Ali is working with Pak Voices as a citizen journalist from Turbat, Balochistan.