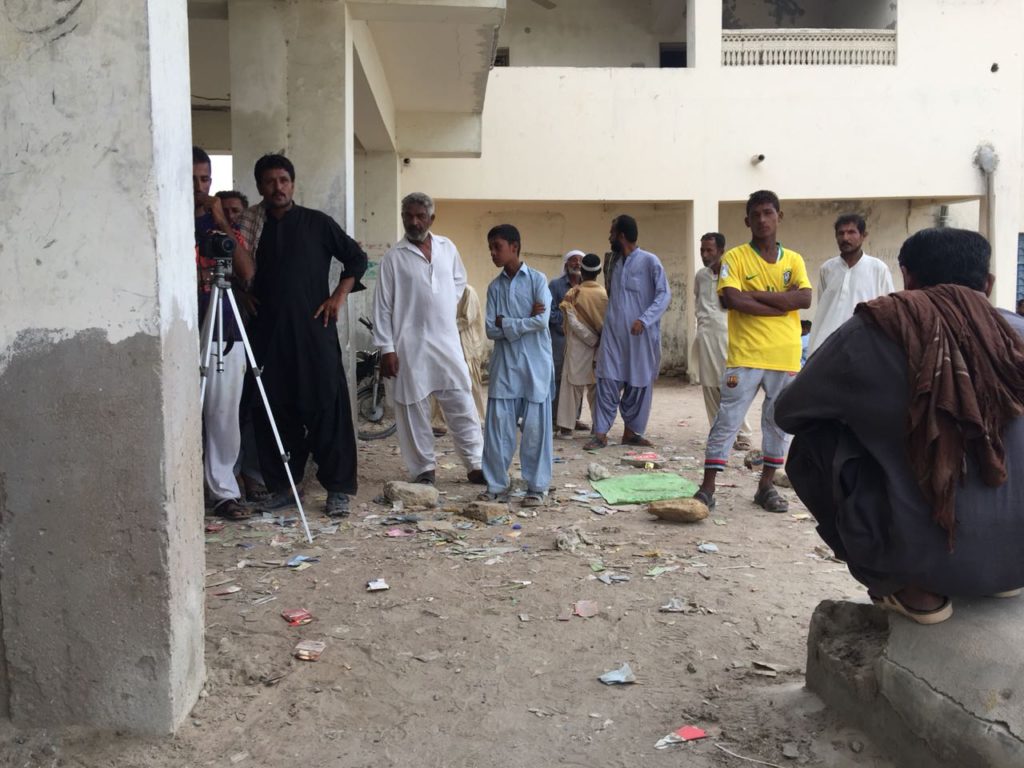 Junz Art academy Gwadar has emerged as a potent voice against social evils such as drug addiction, cheating and problems such as shortage of water.

The initiative was taken by one of the famous local actors, Allah Baksh Haleef, aiming to use theatre to highlight the issues facing people.

The greatest inspiration for them is the young talent in Gwadar city in the field of theatre which motivated them to establish a platform where they could showcase their talent.

Hafeezullah Kiazae, a writer and director of the academy told Pak voices: “We adopted this path to entertain the people along with all information of ongoing evils or problems which really let them think about the presented subject.” 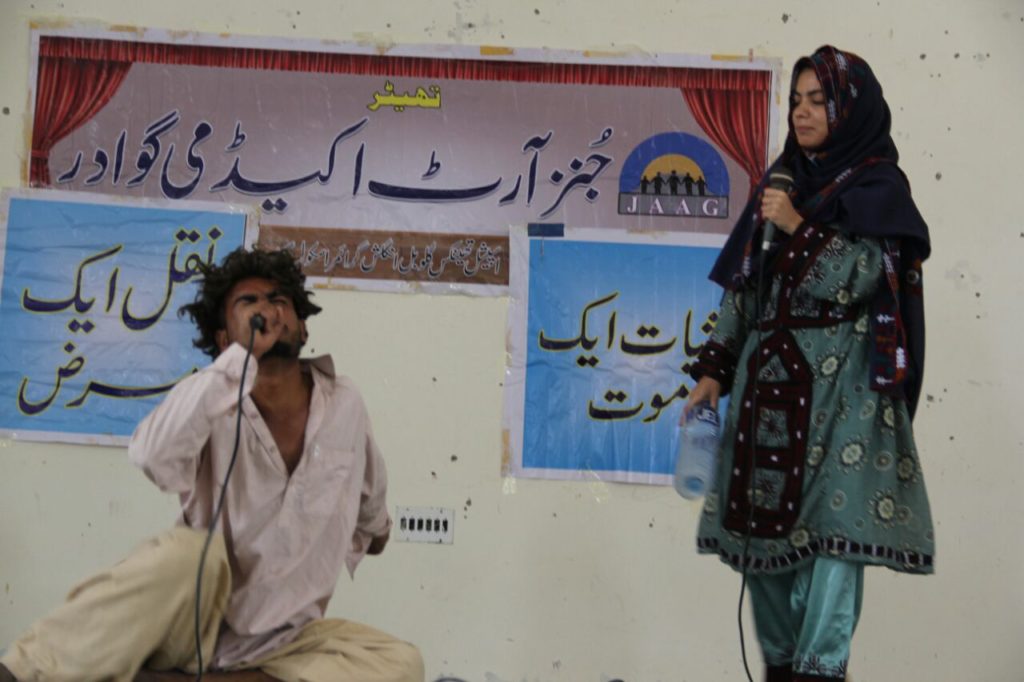 The academy has almost 30 members including four females working as actors, actresses, cameraman and supporting team.

It has successfully theatered shows in different schools on multiple subjects as “Cheating, a curse”, “Drugs, the silent killer”,and has recently completed a short film “MW” on the water crisis in Gwadar city. 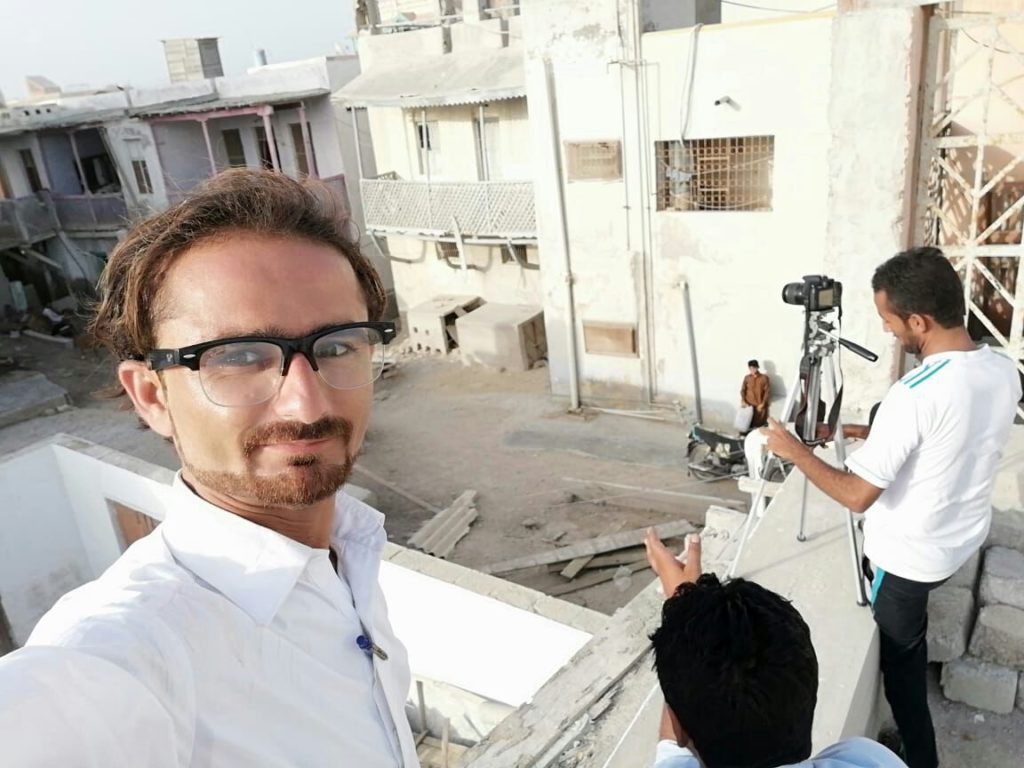 Students of Gwadar have really been inspired by their art, “Watching our own talented people performing in front of us offers a great deal of pleasure. We were really entertained by their actions and greatly motivated by the subject they presented.”

The director and writer Hafeezullah Kiazae along with his team is working hard to bring Junz Art academy in such a standard so that they could present Gwadar’s artists to the national and international level, promoting the art. 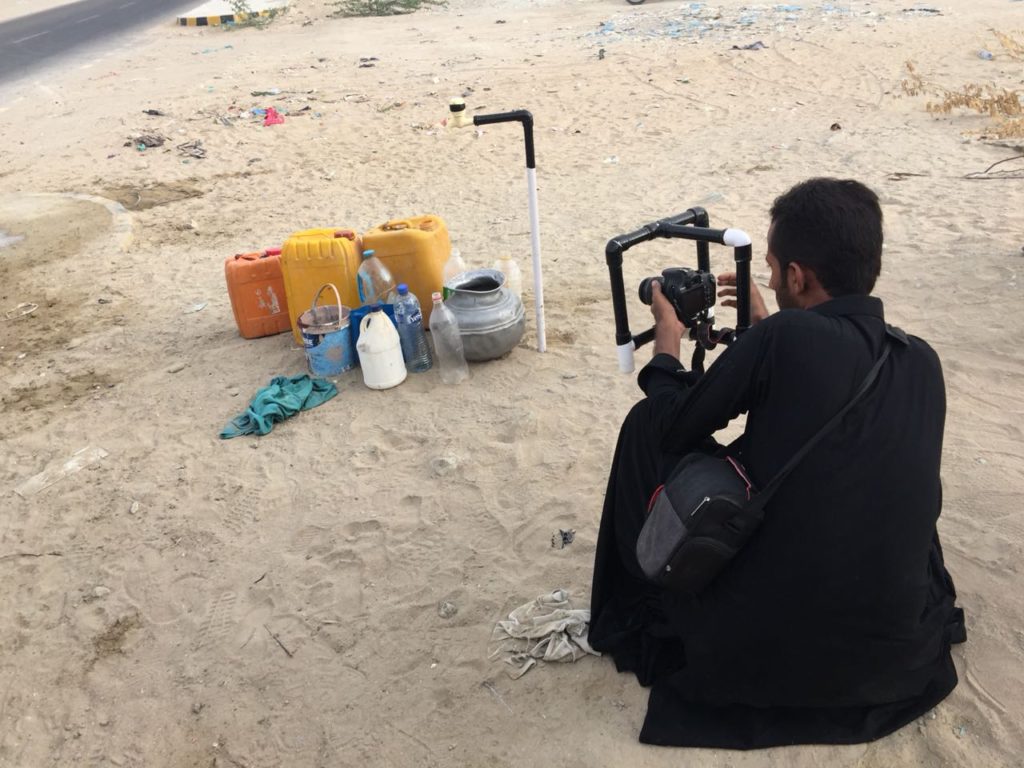 They have several projects lined up on the subjects of “No guns”, Zind( a Balochi feature film)”, Bagicha”,and “Meero”(an Urdu short film on the young Baloch hero).

“We are facing drastic financial crisis beyond that we are in action because we believe in creativity. Our academy aims to rise up city and province name in the country, providing equal opportunity to both male and female of the city Gwadar” Hafeezullah said.