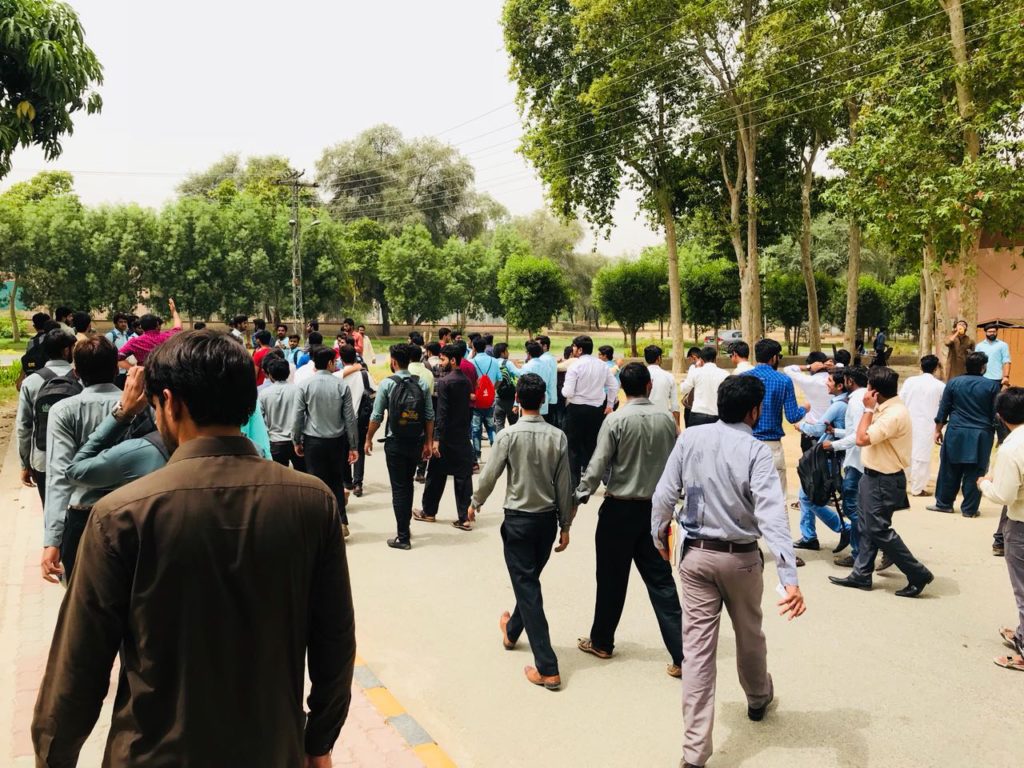 The students of Islamia University Bahawalpur (IUB) staged a protest today against the growing incidents of alleged manhandling and misbehavior by the private security guards of the campus.

Two days ago surfaced a video in which the security guards were allegedly beating a student at the main gate of IUB. The video went viral on the campus and then on social media, provoking a strong reaction by the students. 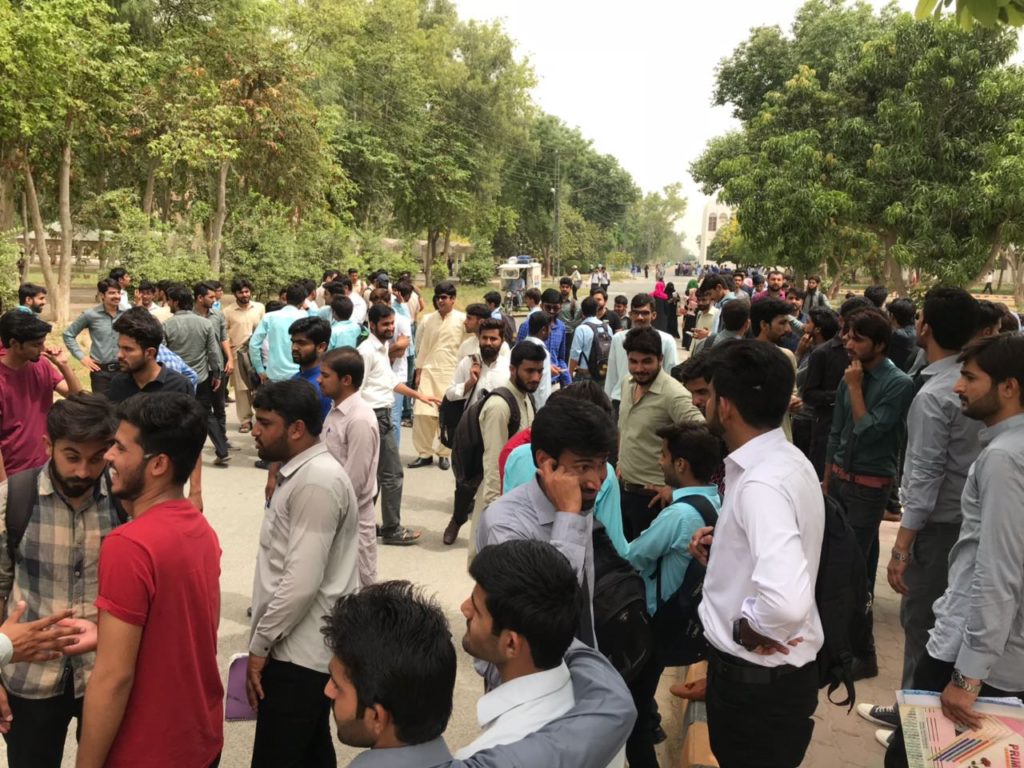 The students took out a rally against the alleged violent behavior of security guards.

According to the students, initially the media was also not allowed to enter the campus to cover the protest but later on, security let them get in few meters inside the campus.

Students chanted slogans against security guards and demanded justice and action against those who were involved in these incidents.

All photos and video by Mohsin Ali, a student of Islamia University Bahawalpur.