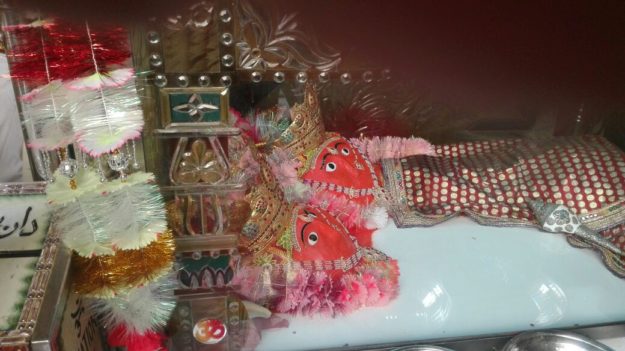 Legend has it that Hinglaj Mata, also known as Nani Mandir, a Hindu Temple, in Hinglaj, a town on the Makran coast in the Lasbela district of Balochistan, is a living miracle.

The temple is located in the middle of the Hingol National Park, in a mountain cave on the bank of the River Hingol.

According to the Hindu myth, Goddess Sati burnt herself alive in Yagna, which upset Lord Shiva. He picked the corpse of Sati on his shoulder and started his Taandav dance.

This horrified all deities in the heaven as this could lead to Holocaust. This urged Lord Vishnu to unleash his Chakra that cut the Sati’s body into 51 pieces. The pieces were scattered across the Indian subcontinent, including in India, Sri Lanka, Nepal, and Bangladesh. But it is said that the head of Sati fell at Hinglaj — and that’s why this shrine is so important.

According to Aarti Dev, a frequent temple goer, it is our belief that this temple is sacred as it is not man-made and is a total miracle. She told PakVoices “this is the only temple that is believed to be a miracle as it is not man-made.” She added that the evidence from history proves that the place of the temple was swept here by a river, which has now dried up.

However historical documents found no such claim that the Hinglaj or Nani Mandar is a miracle. 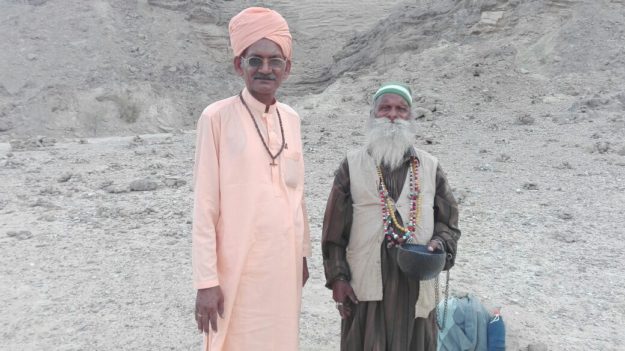 According to a local journalist Ghulam Yasin Bazinjo, “Every year scores of Hindu pilgrims, mostly from interior Sindh, Makran Coast, Lasbela and Qalat, in the month of April make a pilgrimage to the Hinglaj Temple and perform their religious rituals”.

Recently, I also had a chance to go to Hinglaj Mandar. A levies check post located at Agor, 250 km from Karachi, is responsible for the security and everyone going to the Mandir is thoroughly checked.  The road to Hinglaj in Balochistan has one of the toughest terrains.

“ The area used to be under the rule of a man named Hingol, who was a tyrant ruler,” they told me.

They further added that Nani Peer by turning into Kali Mata destroyed Hingol at this very place.

Zareef Baloch is working with PakVoices as a citizen journalist from Pasni.