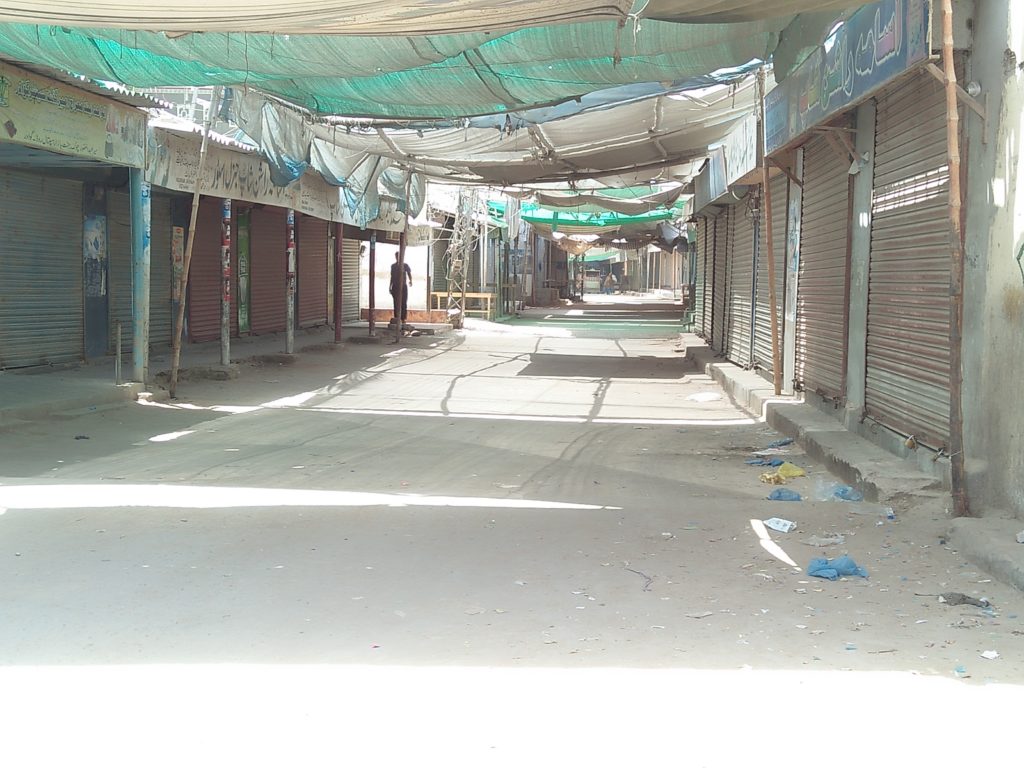 On Wednesday, Gwadar city observed a complete shutter down strike against the shortage of the water and long load shedding hours.

The call for a shutter-down strike was issued after a joint meeting of All Parties based in Gwadar on Tuesday. All parties discussed the burning problems facing the city and took a unanimous decision to go on strike to press for their demands.

All major business centers including government and private banks have remained shut for today in the port town. 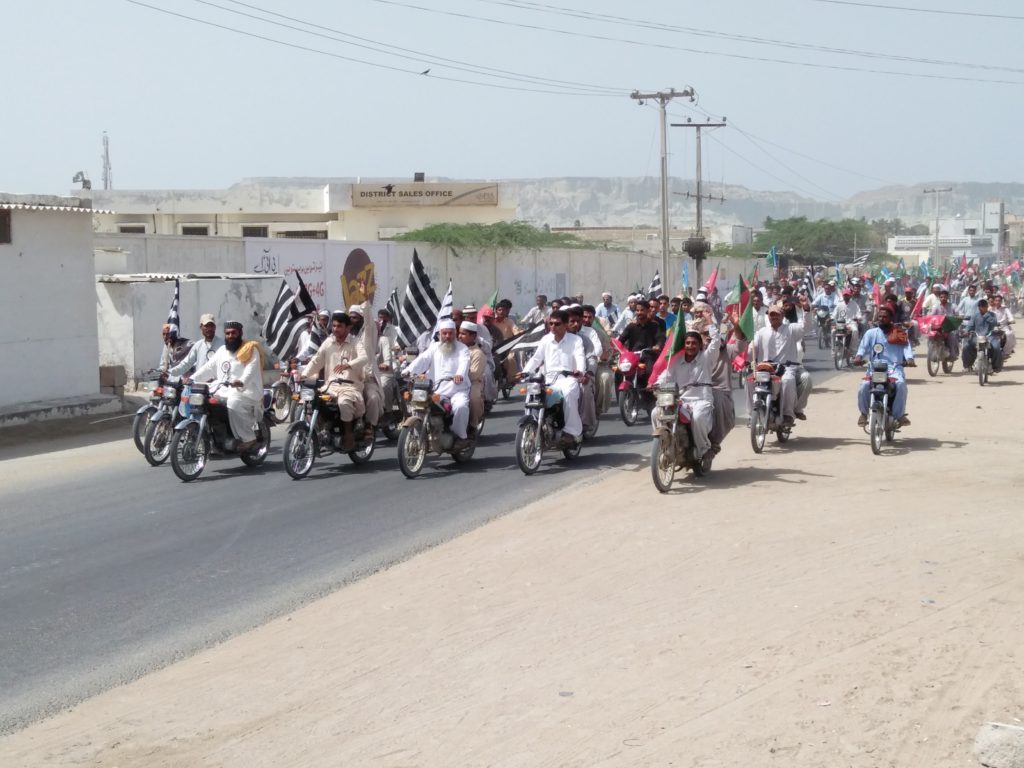 A big motorcycle rally was also organized which started from Mullah Fazil Chowk passing through all main avenues of Gwadar and ended up at Shohda-e-Jewani chowk where representatives of All parties addressed the rally.

Irfan Baloch, a participant of the rally told PakVoices that due to the shortage of water in a extreme hot weather, the life of citizens in Gwadar has become terrible,” adding that they are forced to drink the saline water of the sea. 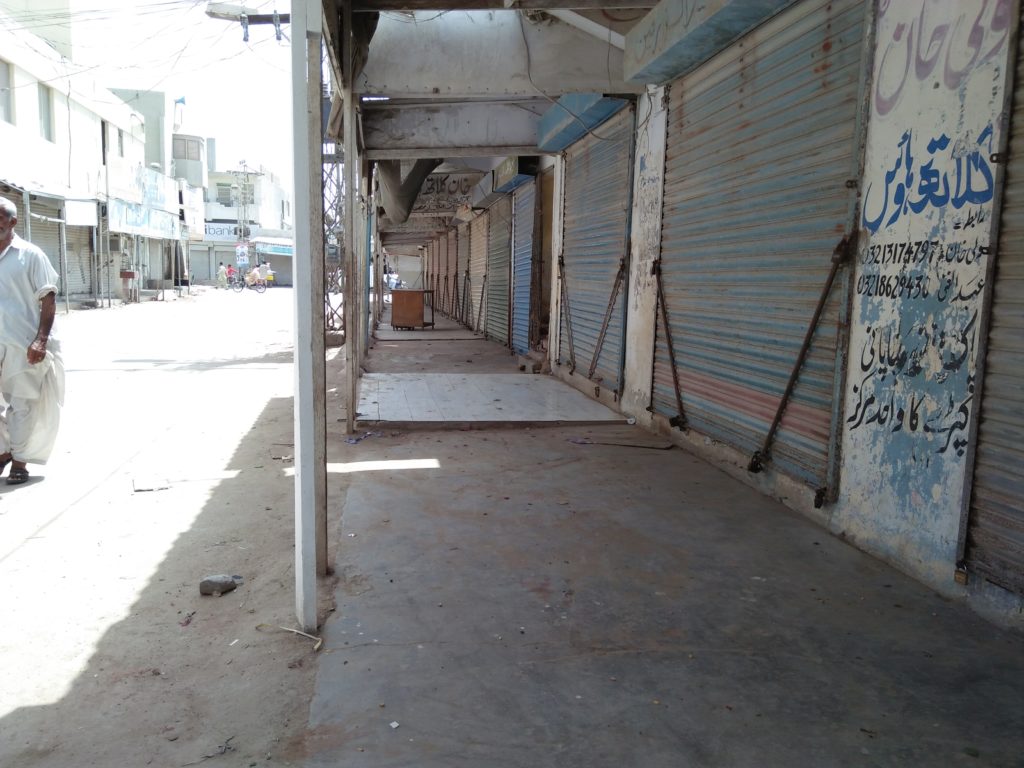 While addressing the crowd, leaders of all parties criticized the supply of water through tankers as a stop-gap-arrangement and stressed on a permanent solution of the water crisis. They further said that desalination plant in Gwadar should be made functional as soon as possible for supplying drinking water to the city. 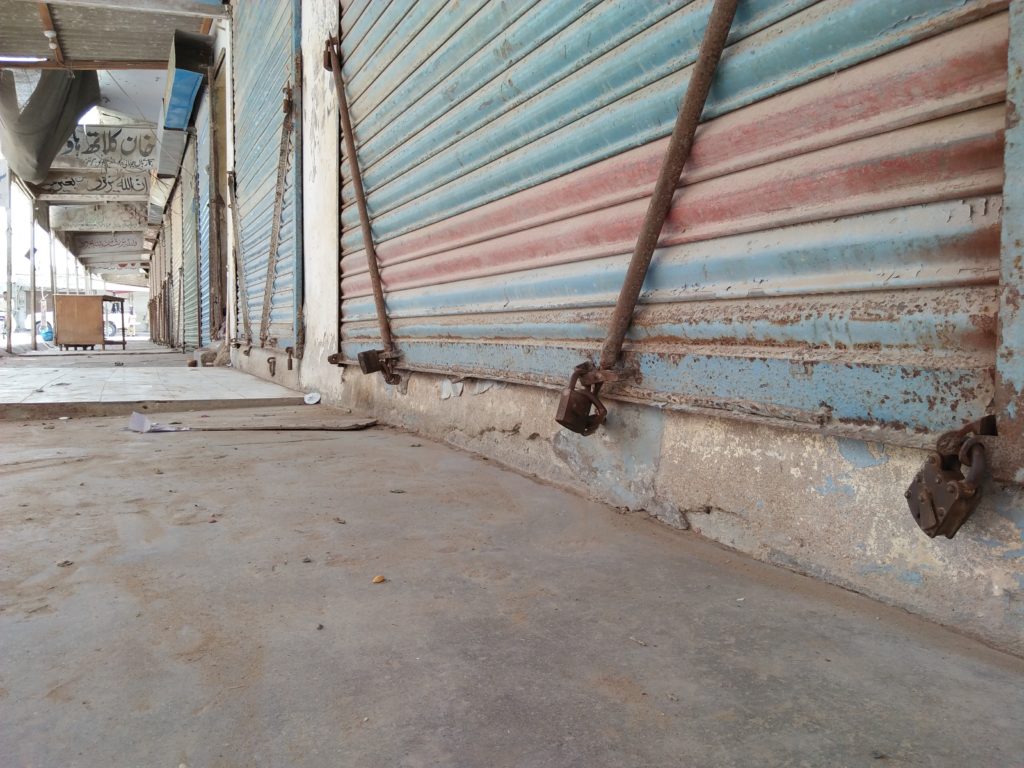 One of the protestors said, “On the eve of Shab-e-Barat, there was no water for carrying out ablution (Wuḍū) before namaz.” 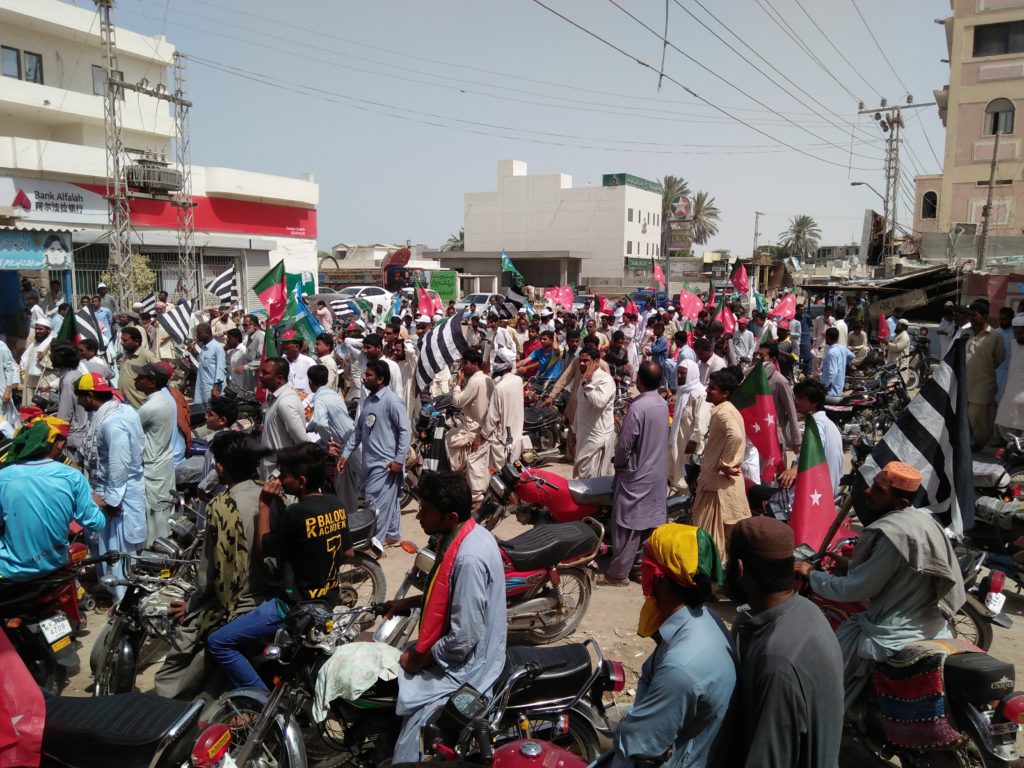 The protestors feared that they may have to live in misery in the month of Ramzan due to the shortage of water and electricity load-shedding. “If the government wants to complete mega projects like CPEC, they 1st have to provide basic amenities to citizens of Gwadar city.”
Lawyers of Gwadar also announced a boycott of court proceedings showing solidarity with the people of Gwadar.
Balach Qadir is working with PakVoices as a citizen journalist from Gwadar.