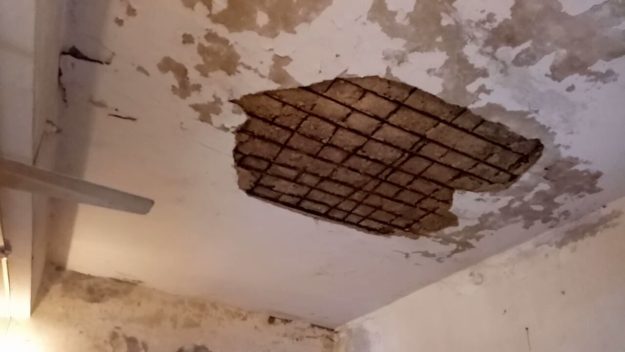 The administration of district Tharparkar is not paying any heed to the appeals of frightened children and teachers to renovate the crumbling school building. Government girls primary school Malhi Colony in Islamkot city is in a dilapidated condition and needs urgent repair.

The school building was constructed in 1990 but constant neglect has left the building in a decrepit condition and it needs massive renovation.

The school administration has officially communicated to the secretary education and other officials about the condition of the building and the danger of conducting classes there, but they haven’t received any response yet. In the letter, the school has requested the higher authorities to reconstruct the building since it is beyond repair now. 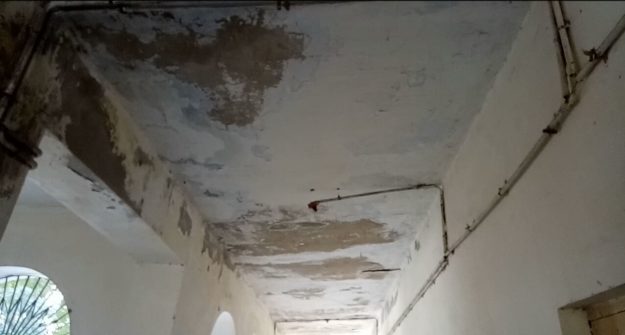 Over 130 young girls are enrolled in this school. Every day they suffer from the fear that the building roof might collapse any time.

The teachers and students while talking to this scribe expressed their grave fears. They said that the students feel too threatened to focus on their studies. Most of the girls have stopped coming to the school. In the face of the government’s callous behavior, parents are left with no other choice than to home-school their children.

The situation becomes even torturous during the rainy season. The rain water pours through the roof cracks and floods the rooms, leaving no place for students to take classes.

Apart from proper infrastructure, the school even lacks basic facilities, such as availability of clean drinking water. The school administration is also completely oblivious to the needs of these young children who require extra care and sense of security. 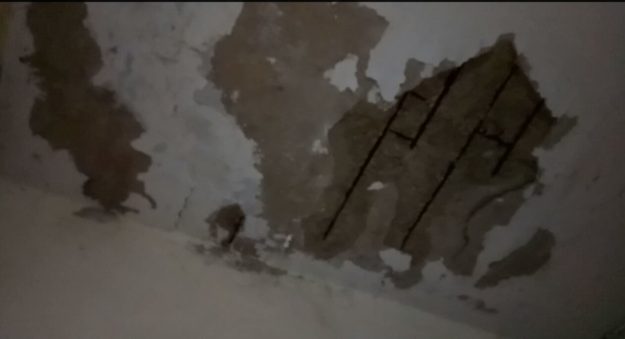 Last year the building was robbed off its furniture and the electric fans. The administration while not learning any lesson from the incident, still hasn’t appointed a watchman.

The school administration is hoping against hope to get enough funds from the provincial government to provide education to children in a safe, secure, and comfortable environment.

Ironically, the Singh government has declared education emergency in the whole province to increase the student enrolment rate and improve the literacy level, while a large number of schools in small cities remain deprived of basic facilities.