Home Opinion Governance in The Peripheries: Can Pakistan Deliver on CPEC?

The China-Pakistan Economic Corridor (CPEC) promises to rejuvenate Pakistan’s sluggish economy and open up its society to greater opportunity. This project focuses on infrastructure, roads, port facilities, and power plants, and aims to turn Pakistan into a major transit route for trade while alleviating its decade-long energy crisis.

Going beyond the headlines and official pronouncements on the matter, there is a need to take stock of Pakistan’s state capacity and administrative footprint within core and peripheral regions of the country. Without sustained improvement in the quality of civil administration, many of the projected gains are unlikely to be internalized.

Pakistan has experienced this stop-start-stop several times before, as promising beginnings fuelled by external inflows but lacking an organic link with the underlying productivity and competitiveness of society and economy and lacking political legitimacy, have been derailed before, and likely will again.

At present, Pakistan is coming out of a lost decade. In 2007, the Musharraf-era economic growth spurt came to an end on account of rising energy prices, growing electricity shortages, and domestic political instability.

Since then Pakistan has struggled to keep its growth rate above 3% a year, even though, in view of population growth and underdevelopment, a growth rate of 6-7% a year is the bare minimum needed to maintain social stability in the long-term.

At present, even with CPEC and low energy prices, combined with high rates of domestic borrowing, Pakistan’s economic czars are uncorking the (presumably non-alcoholic) champagne as the growth rate nudges above 5%. This is better, but it is a long way from being good enough.

While arbitrary political interference in the running of the administration is the norm throughout Pakistan, the situation in the peripheries, is considerably worse than in the Punjab, Khyber-Pakhtunkhwa, or even Karachi since the military-led crackdown, though rural Sindh, which languishes under an unconscionably corrupt (even by Pakistani standards) regime fares almost as poorly as Balochistan, which is the intended beneficiary of a major component of the CPEC initiative.

The security of this initiative has also come into question with the renewal of the terrorist blitz in February 2017, with 10 major attacks unfolding between February 11 and February 16, and more being feared. The deadliest of this attacks, on Sehwan Sharif in Sindh, has claimed more than 75 lives and left 250 injured. Clearly, military operations and courts can suppress terrorism for a while, but the evolving nature of the threat necessitates a building up of civilian capacity and rolling back extremism.

In the August 2016 carnage in Quetta, for instance, the judicial inquiry commission found that the provincial police had not even taken elementary precautions to preserve the crime scenes, to pursue the photographic evidence, or to positively identify the perpetrators.

It was only with the intervention of the judiciary that some headway was made and technical assistance brought in from the Punjab. This was in spite of the fact that Quetta has been no stranger to terrorist attacks. That at the same time the former chief secretary of Balochistan was busy negotiating a 2 billion rupees plea bargain with the National Accountability Bureau (NAB) confirmed the irredeemable rottenness of the provincial administration.

What makes this tragic situation worse is that Pakistan knows what steps need to be taken in order to salvage the civilian administration. First and foremost, the administration, starting with the central and provincial administrative services and the police, need to be insulated from arbitrary political interference and cease to be subject to a whimsical transfer Raj.

Second, the powers of the federal and provincial public services commissions need to be restored to what they were prior to the 1973 Constitution.

Third, neutral bodies or commissions with statutory protection and fixed non-renewable tenures for their members, need to be set up at the national and provincial levels to take away management of the civilian apparatus from politicians.

And fourth, improvement in pay and service conditions commensurate with departmental responsibilities, are needed – this isn’t a question of money, because Pakistan wastes hundreds of billions every year subsidizing inefficient State Owned Enterprises (SOEs), but doesn’t have the funds to pay public servants living wages.

While Pakistan’s leaders continue to drift and avoid making difficult decisions, Pakistan’s enemies have a clear game plan: exploit the softness of Pakistan’s state to keep generating violence that hardens the narrative and exposes the non-seriousness and incapacity of state elites.

The fact that Pakistan cannot even conduct a census (delayed since 2008) without a projected deployment of 200,000 soldiers, after nearly a decade of uninterrupted democratic rule indicates that the civilian leadership is unwilling and/or unable to govern. It is about time that Pakistan’s leaders got to work on hardening the state’s civilian administrative capacity. 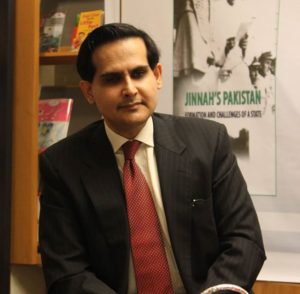