Islamkot: A month long protests, rallies and hunger strikes at Mithi of 450 Engineers, Chemists, Geologists, Doctors and various other positioned staff of Underground Coal Gasification Project at Project Site, Islamkot and Mithi couldn’t yield the release of past 4 month salaries nor their services have been regularized.

Abdul Mannan, a protester told PakVoices that there are approximately 460 employees in UCG unit and they haven’t received salaries for last 4 months. We are protesting for last 32 days but no government official or representative has come to us. We issued a report of our month long protest but we didn’t receive any feedback. 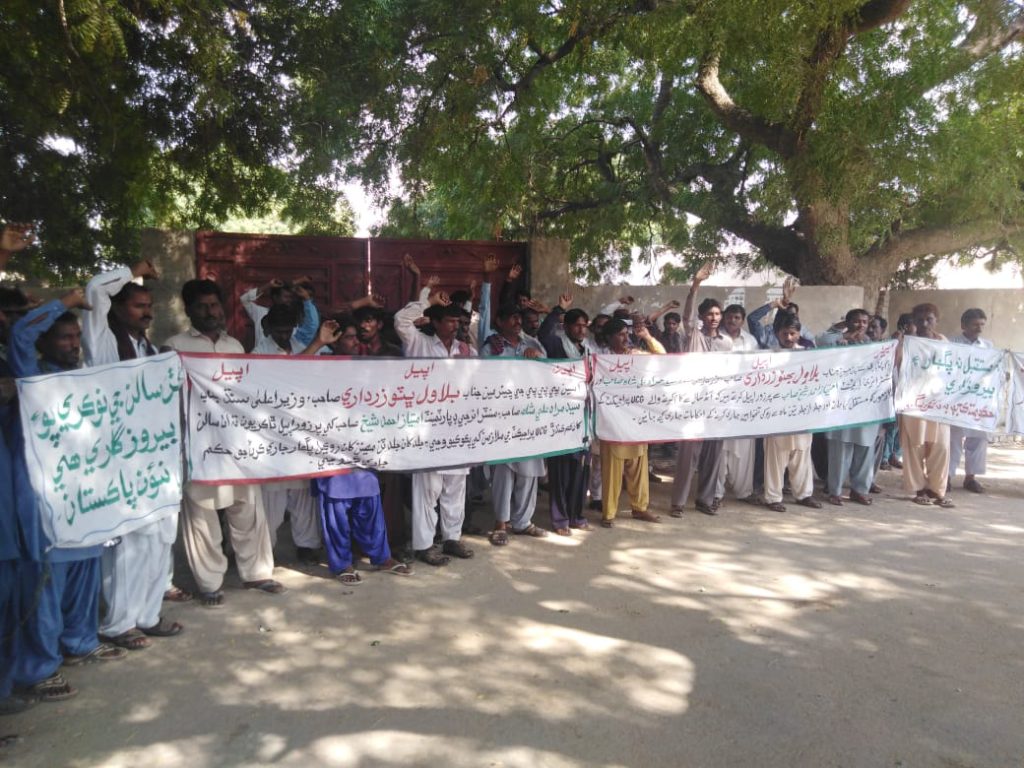 The project management has left no funds in the end of FY 17-18 resulting non payment of 450 employees (80 % are from Tharparkar) since last 4 months, even to pay for most important sections as electricity bill and security guards to save assets till any final decision. 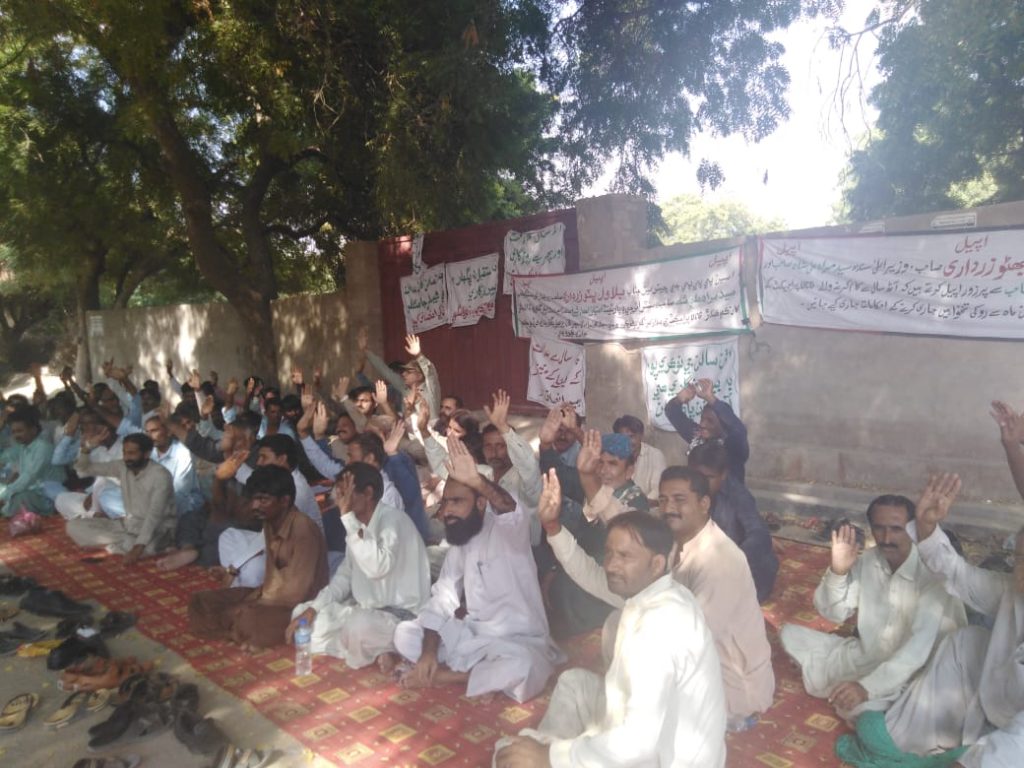 Staying at Liaison office Islamabad, Project management under the directions of Dr.Samar Mubarkmand has been writing letters to Secretary energy to arrange the essential budget or take over the project assets but the department has not responded as yet. Now finally UCG management has written to Chief Secretary Sindh to address issues.
The sindh energy minister is still creaming to arrange funds from federal govt and not seems serious to unfold facts about the future of the project and employees who have given their career to this project even the most immediate directive of Chief Minister did not follow any action. 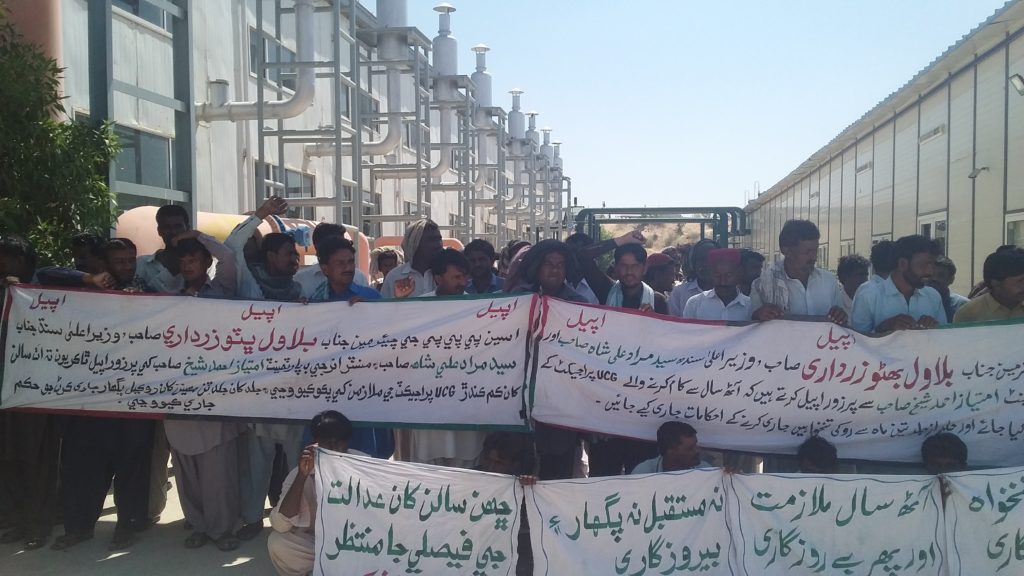 The employees were of the view, this stoppage of salaries in this severe drought at thar has forced their families to face hunger for thousands of family members and the petition for regularization is also pending for justice in honorable High Court Hyderabad since last 06 years.