Home Balochistan No Roof For Poor Kids’ School in Punjgur

As the school bell rings, these children get ready to start their day in an open-air school on the street in Punjgur district of Balochistan. There are no walls, no roof and no chairs at the Government Boys Primary School, Easai.

The school was previously held at a private guesthouse, which was vacated after the owner refused to host the school any longer because he was not offered a job of a teacher in this primary school, according to the school officials.

The school has currently 80 students enrolled with three teachers.

Safiullah Baloch, a teacher, said the school is held in an open-air for the last eight months since the school does not have its own building.

“Despite the educational emergency in the province, you can see these little children sitting under the sun and dutifully attending their classes.”

“We are unable to provide a school like atmosphere to these children. It is extremely difficult for us to manage the school on the street,” Baloch lamented.

“We are compelled to finish our classes at 11.00 am because the shadow shrinks to the wall and the children can’t sit under the scorching sun of July,” Baloch said.

The school officials told Pak Voices that the education department had an arrangement with a private individual who had given his guesthouse for the school. However, when the teachers’ post was announced through National Testing Service (NTS), it wasn’t possible to appoint teachers on the basis of such understanding. That was the reason the school was deprived of the house by the owner, school administration claims.

No matter it’s cold or hot out there, the children dutifully attend classes and seem used to it.

“We are sitting on the floor but we want to study, “Sami-Ullah Baloch, who is enrolled in grade five said.

They envy the students of private schools saying, “Our school should be provided with basic facilities like other schools of the area.”

This is the story of many other schools in Punjgur which are either non-functional or lack basic facilities.

Talking to the PakVoices, a local journalist who covers education, held the local and provincial education authorities responsible for the dismal performance of the education sector.

“The state of affairs in government schools has gone worse since the current government has come to power. The education sector has been neglected with almost no focus on infrastructure development and equipping the schools with modern tools necessary for teaching and learning, ”Qadir said.

Salal Sanjrani is working with PakVoices as a citizen journalist from Punjgur district in Balochistan. 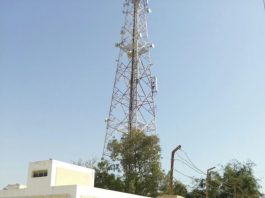