Home Tharparkar First-ever Laar science festival showcase local talent
By GR Junejo
Laar, Thatta: First-ever Laar Science Festival was kicked off in Thatta’s Sports Complex. The two-day Festival was organized by Thar Education Alliance (TEA), Campaignistan, and Laar Education Campaign with the support of District Government, Thatta and Shell Pakistan. The festival aimed at promoting a culture of inquiry and hands-on learning in STEAM (Science, Technology, Engineering, Arts, and Mathematics) subjects. The theme of this event is ‘Climate Change’ to raise awareness on the issue, as well as look for innovative ways to address it. 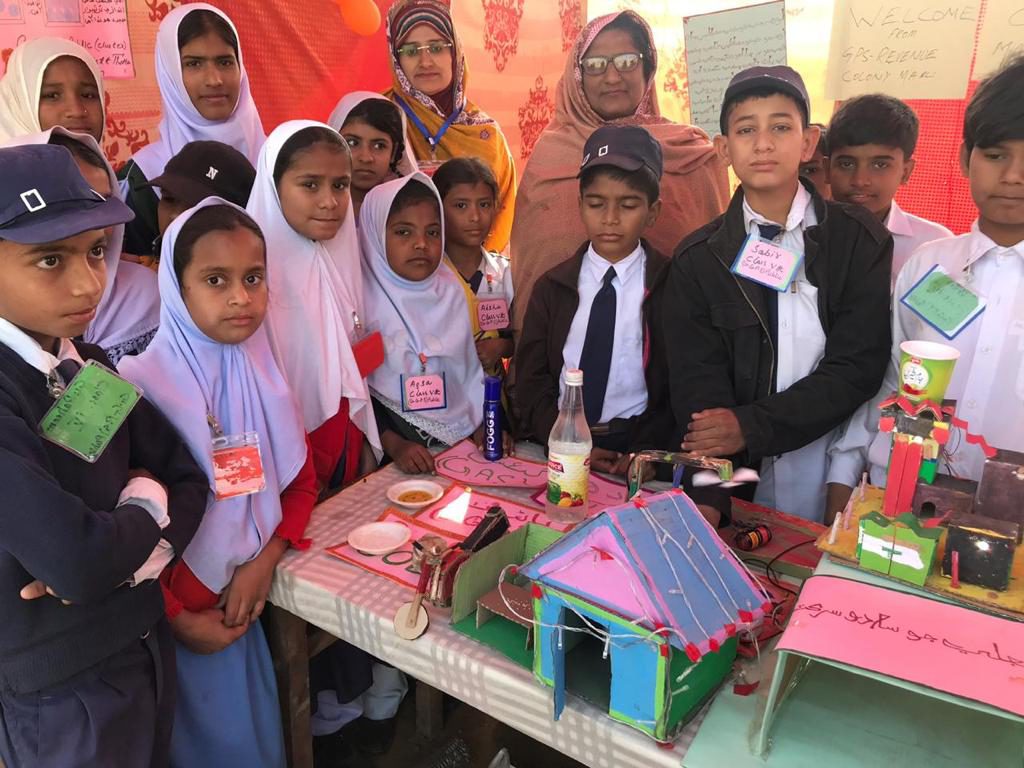 A recent report by Germanwatch listed Pakistan as 7th in the countries most affected by climate change from 1997 to 2016 recently. Within Pakistan, though, Sindh is the worst affected by extreme weather events that are the classic manifestations of climate change. Changes in average weather will add another dimension to the future growth of Sindh, given its high vulnerability.
The event was inaugurated by Dr. Nawaz Sogho, Deputy Commissioner, Thatta and Senator Sassui Palijo from Thatta district. Sindh’s Minister of Science and Technology Taimur Talpur also attended the event and praised the talent of the local students in STEM. He promised to establish science centers in the region in collaboration with School Education and Literacy Department. 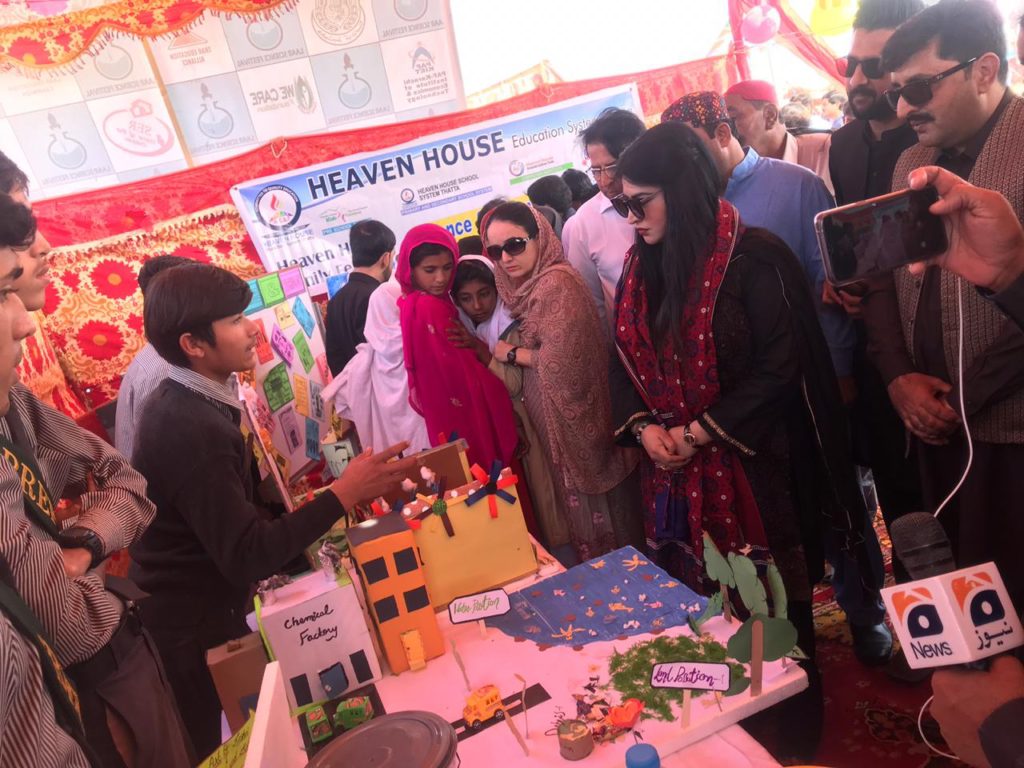 The festival showcased scientific models and projects from over 50 schools and colleges. Different sessions on climate change, STEM education and girls’ education were held at the festival to highlight the importance of these issues in Sindh’s context. Guest speakers included Afia Salam of Indus Earth Trust, Manzoor Soomro of ECOSF, Muhammad Ali Shah of Fisher Folk, Nasir Pawar an environmentalist, Tufail of Sindh University (Badin), Dr. Bhikaram of LUMHS and Dr. Bhawani Shankar of Mehran University.
Laar Science Festival was attended by over 7,000 students, teachers, entrepreneurs, science specialists and government officials in the two days.
Organizations such as Stemmers, Robotech, Pakistan Science Club, Ilm-e-Neroon and Pakistan Science Foundation also conducted live experiments at the event to boost the interest of Laar’s students in science and to bridge the gap between practical studies and curriculum in schools. 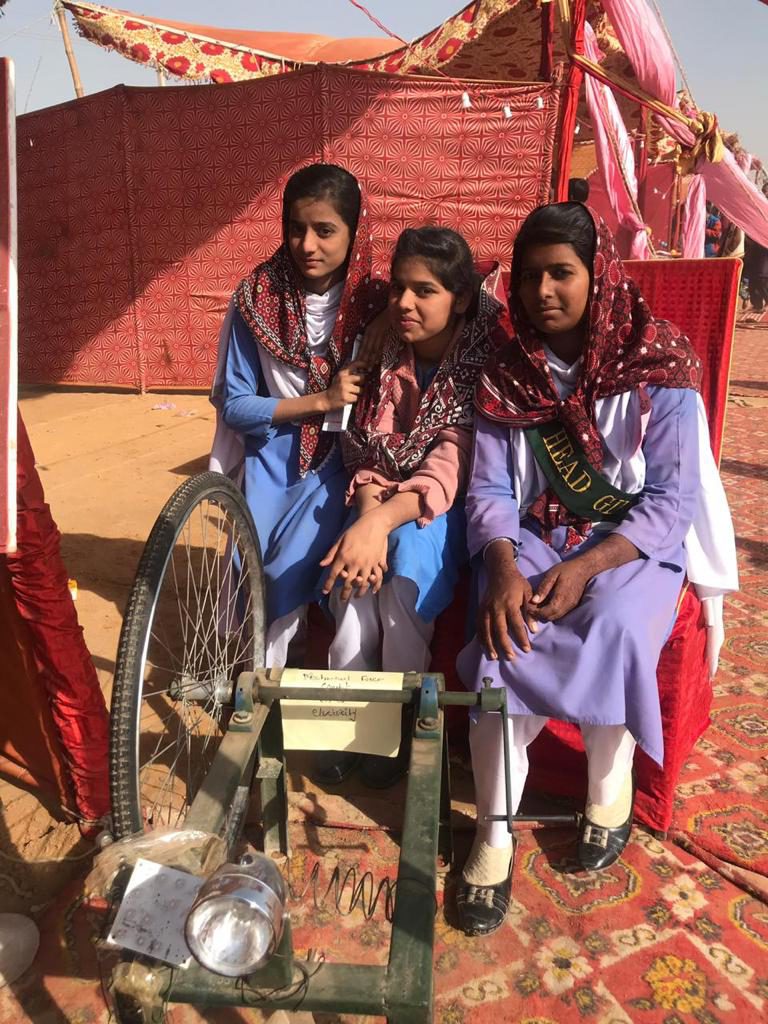 Latest SAT scores indicate one of the lowest scores in maths and science for the Laar region. This calls for a greater and a focused effort by the political and local district government in Thatta to organize interventions such as these to sustain their interest in these subjects.
Speakers at the festival believe that maths and science education is critical in developing the cognitive skills in children. It is also necessary to ensure that the quality of learning becomes a critical informant of how decisions of funding, recruitment, measurement, rewards and punishment are made by the public sector. Nations have used maths and science to empower their citizens with higher incomes, and to help grow their economies. 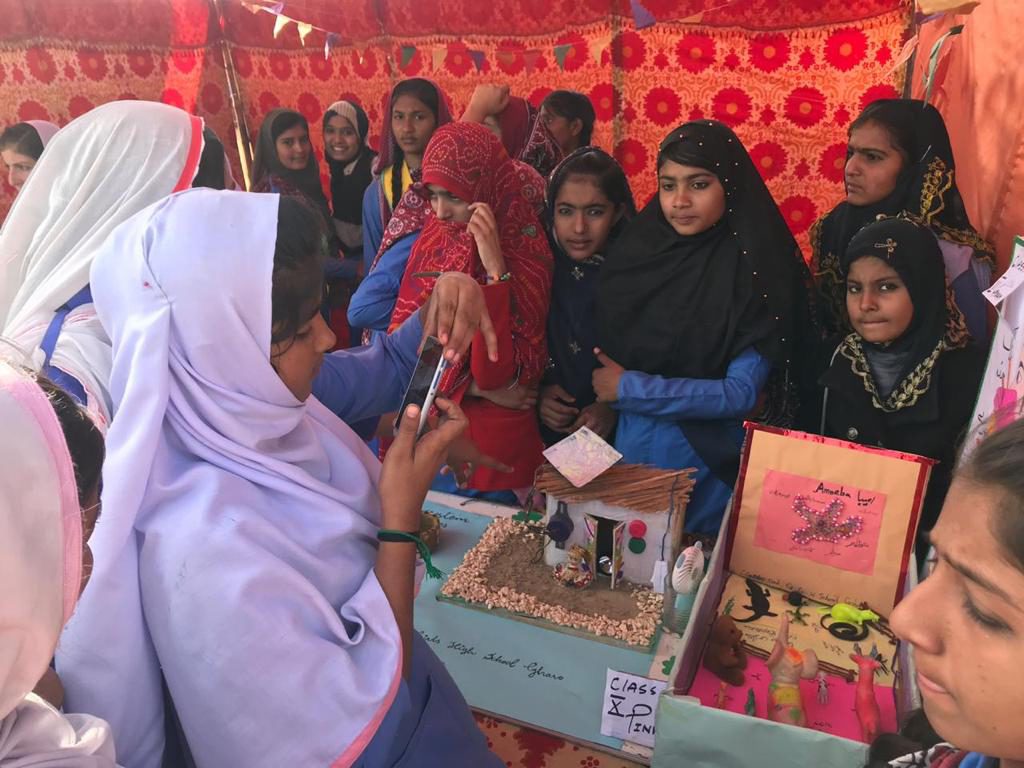 Partab Shivani, CEO Thar Education Alliance and organiser of the event, said ‘we started this journey from Tharparkar back in Feb 2018, and we continue this campaign for quality education in Pakistan’. CEO Campaignistan, Farhad Ahmed Jarral says ‘we live in a digital age, where there is a need to connect online and offline to bring change in the education discourse, one of the examples of which is the tweet about a student (Nimra Memon) who’s project was broadcasted on social media which got appreciation from Federal Minister of Climage Change Malik Amin Aslam’.
In the lead-up to the Laar Science Festival, an assessment test for mathematics and science for students of grades VI-XII was conducted on 9th December in Badin, Sujawal and Thatta districts respectively. Over 20,000 students participated in this test, out of which the best scoring candidates were awarded prizes.