A strong earthquake jolts Islamabad, Rawalpindi and the adjoining areas around 11:00 am on Tuesday morning time around 11 Am.

According to the tweet posted by Pakistan Meteorological Department, the epicenter of earthquake was near Hazro Punjab and the depth was 12km.

People rushed out of their offices and houses in panic as soon the earthquake struck. They were afraid to go back fearing aftershocks. No loss or damage has yet been reported from anywhere.

The construction work on Shinzani Dam is in progress 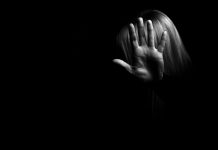