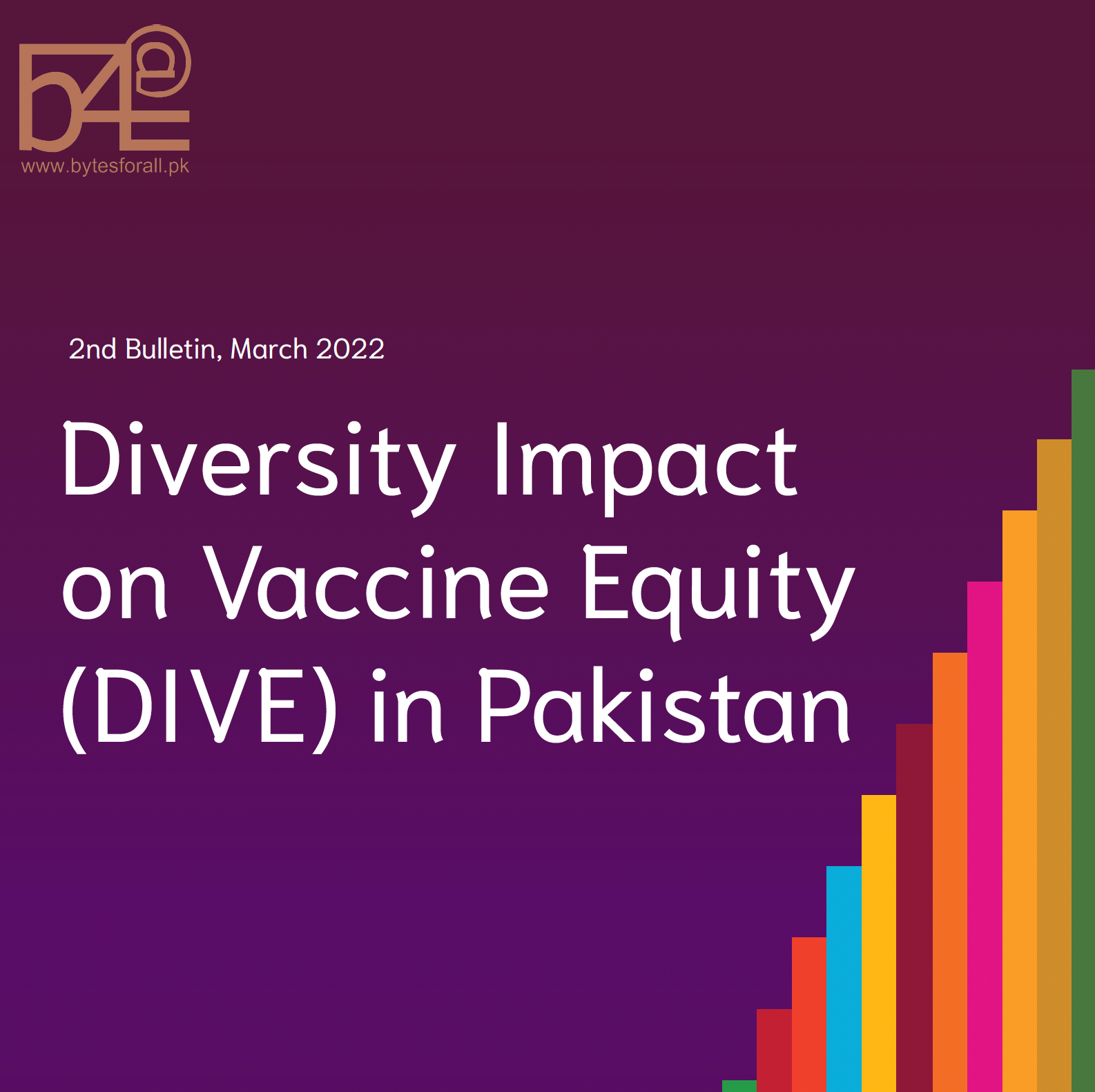 This is the second bulletin of the research, conducted by Bytes for All (B4A) and Minority Rights Group (MRG), with the aim of tracking and understanding online sharing across diverse ethnic, religious and linguistic communities about Covid-19 vaccine confidence, uptake and access in Pakistan. For this purpose, social media monitoring software packages: Brandwatch and CrowdTangle were used to capture and analyse content shared online about Covid-19 vaccines.

Due to partial penetration of social media use among some poor/remote communities, the social media data is triangulated. For data triangulation, B4A has collected on-the-ground data from different areas of Pakistan, about vaccine access uptake, fears and confidence among religious minority groups, through a network of citizen journalists. Interviews were conducted in Islamabad, Rawalpindi, Multan, Lahore, Sargodha, Faisalabad, Peshawar, Rabwah, Quetta, while a survey was conducted in Sanghar, Mirpurkhas, Umarkot and Tharparkar. The interviews were conducted with members of minority communities: Hindus, Christians, Sikhs, Shia Muslims, Ahmaddiya, Hazara and transgender.

The research concludes that misinformation was widespread among both majority and minority communities through social media and word of mouth and in the early stages affected the uptake of the vaccine creating doubts about vaccines and mistrust in the government. Moreover, we found significant differences in levels of vaccine confidence, in reasons for reservations about vaccines and in some way access to vaccines between social media users identifiable as majority and minority communities from interviews and a survey. While distrust in authorities showed extremely high levels among majority social media users, trust in local authorities among minority members was much higher, and in a way also contributed to a high level of vaccination and success in tackling misinformation.