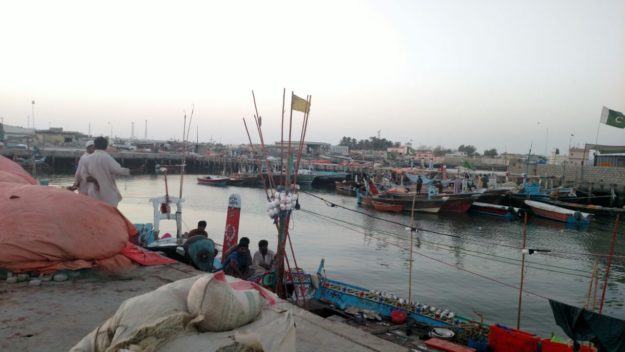 The crumbling condition of Pasni port’s jetty is putting hundreds of fishermen’s earnings at risk.

Pasni is an ancient township of pastor fishing where 90 percent of the people are related to the fishing sector. In 1989, the government made a jetty for fishermen on the backward coast at a cost of Rs 56 crores with German assistance.

The jetty not only provided fishing to the local fishermen but also jobs in the Fish Harbor Authority. Hundreds of people are working in the authority. However, due to non-focus and draining till 2008, the jetty was completely disrupted by millions of rupees in various periods of drilling.

Local fisherman Mohammad Salim told PakVoices,”Jetty has completely blown into dust due to non-drilling,” adding, “Boats can’t enter the fishing port because thousands of tons of gathered clay needs to be cleared.”

Another fisherman Taj Mohammad told PakVoices, “Local fishermen are facing difficulties with non-functional jetty; so far many valuable launches and boats have been damaged by entering here.” 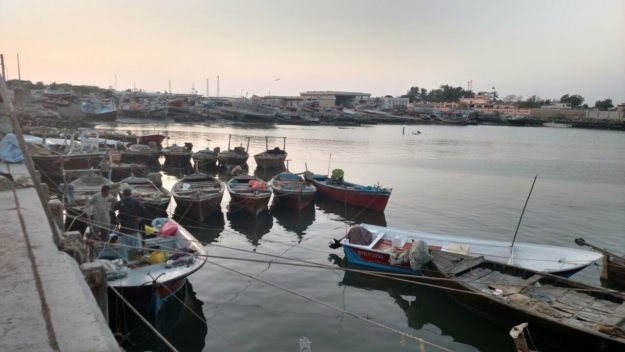 Talking to PakVoices, Vice President of the Working Fisher Men Welfare Society, said, “Fishermen did not get any kind of facility in Fish Harbor Jetty,” adding, “Due to lack of clearance and cleanliness, the fishermen’s jobs are also gone.”

Kidda Amin said, “Urgent attention is needed for the purchase of drilling and drainage equipment. Amin added, “Governments in different periods have declared millions of rupees in the name of jetty maintenance, but on the other hand, no visible changes have taken place.”

Deputy Director General of the Fish Harbor Authority, Abdul Rab Baloch, told the PakVoices, “steps are being taken for the rehabilitation of jetty harbor, that consist of three parts, including jetty’s drainage, drainage machine, purchase and construction of water breakers.”

Abdul Rab Baloch said,”Consultations are being discussed for these tasks,” adding, “Rupees 55 crores have been saved by the institution for Fish Harbor authority and Jetty’s maintenance.”

Abdul Rab Baloch further said that he would not tolerate any kind of negligence in this regard.

Ghulam Yasin Bizenjo is working with PakVoices as a citizen journalist from Pasni, Gwadar.