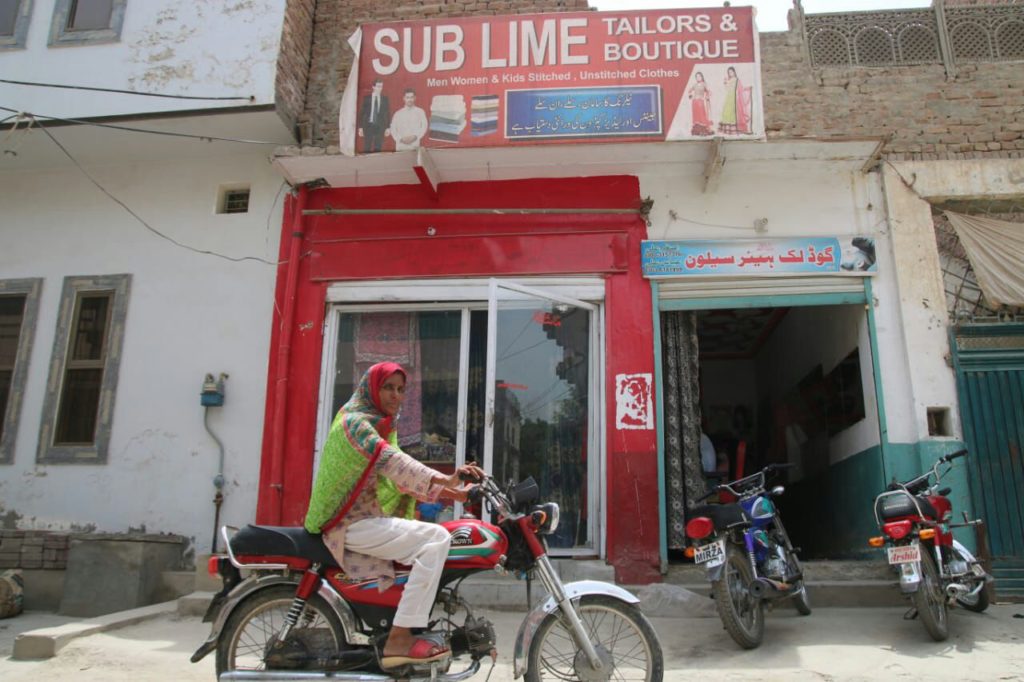 Shazia Ismail has become an example of women empowerment for the people in southern Punjab. Belonging to UC Amin Garh in Rahim Yar Khan, the last district of South Punjab, the 37-year-old rides a motorcycle and performs all outside chores herself.

She runs a stitching shop by the name of “Sublime” for which she travels 15 km daily on motorcycle herself from her village to the shop.

Shazia learnt the art of needlework in 2003 from an industry in Bahawalpur after which she established her own stitching center at her house where she used to teach stitching and needlework to the local girls of her community. Around 20 girls benefitted from her stitching center. 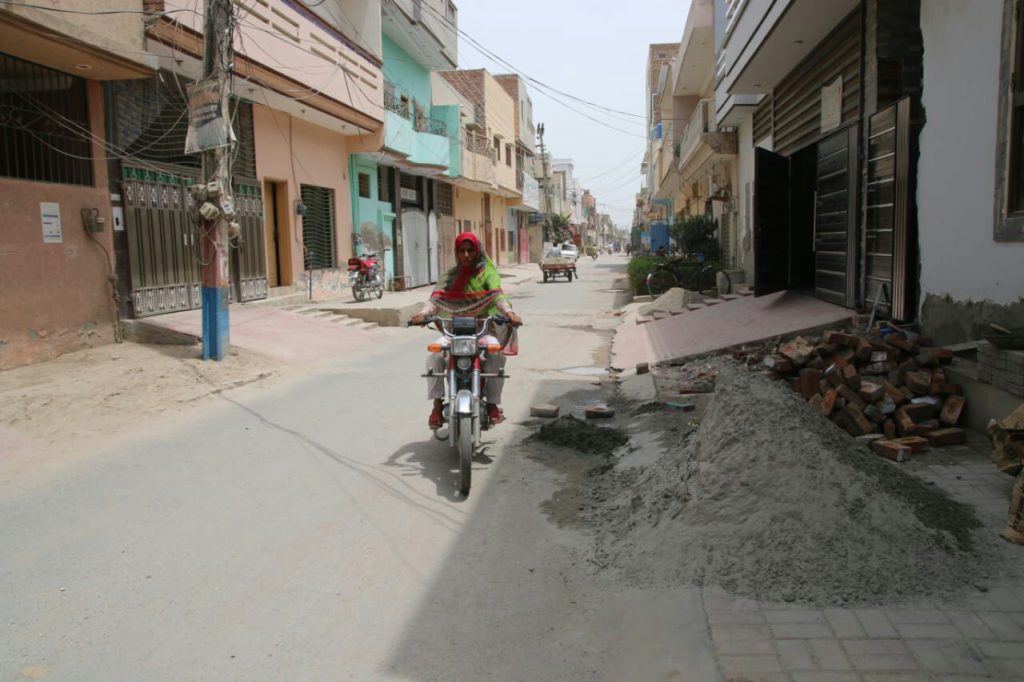 She told that she had established another stitching center at Thilwari settlement area which was five kilometers away from her house for which her husband and her father had to provide a pick and drop service due to which there was a high expenditure of petrol.

For this purpose, Shazia learnt to ride a motorcycle from her husband in 2016 after which a lot of problems were resolved as there were two stitching centers overall and each center needed three hours of time. 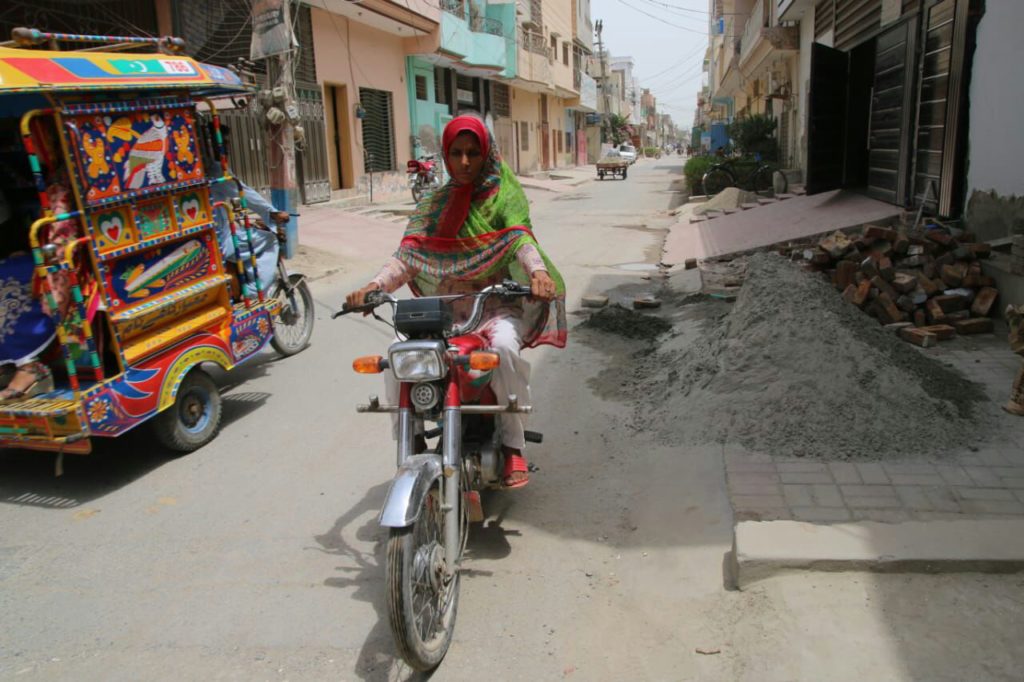 Shazia said that learning how to ride a motorcycle helped her in a lot of ways as previously she used to travel on rickshaws with her cousins for buying material for her stitching center on which the people around her used to talk negatively.

After learning to ride a motorcycle, she performs all her work herself, be it dropping her children to school, bringing medicine if someone is not feeling well, shopping for Eid or going to some wedding or any other event with her mother and sisters. She said that she does all such work without any fear now.

When Shazia started riding the motorcycle, the people of the area were not supportive because the environment in the city is different than the village. However, Shazia faced all such conditions with a dedication to providing a better future for her children and ignored the thinking of people who were against it.

Shazia said that despite all the hurdles she faced, in the beginning, she had the support of her family because of which she is earning a well-respected livelihood.

Dharminder Balaach is working with Pak Voices as a citizen journalist from Rahim Yar Khan.