Islamabad — Pakistan lifted the moratorium on the death penalty after the terrorists’ attack on Army Public School Peshawar to execute the hardcore terrorists only. However, surprisingly almost 90 percent of the death row prisoners executed from December 2014 to February 2018 are not terrorists.

From December 2014 onward, on average three death row inmates are being executed in almost every week making Pakistan the “fifth most prolific executioner country” in the world following China, Iran, Saudi Arabia and Iraq.

An analysis of the data of three different NGOs —Human Rights Commission of Pakistan, Justice Project Pakistan and International Commission of Jurists working on the executions and death penalties awarded to inmates involved in terrorism and other crimes show startling revelations.

Executions of convicted terrorists are the very first point of the National Action Plan —Pakistan’s new counter terrorism policy measure after the incident of APS attack. However, only one out of 20 death row prisoner has been executed on the charges of terrorism by the military courts.

Crime Based Data on executions

Crime based data on executions
Infogram

According to the data of International Commission of Jurists (ICJ), the military courts have convicted 330 hardcore terrorists and awarded death penalty to one out of every two convicts. Further analysis of the data shows that one out of every three terrorists on death row has been executed during the last three years.
In many cases of criminal offenses like robbery, rape/murder and even on political violence and nationalist movements the state levels terrorism charges. The application of this parallel legal system raises questions whether the regular criminal justice system is incapable of delivering justice swiftly.

Muhammad Iqbal, also known as Bali, was just 17 years old when he was convicted of a fatal shooting in Mandi Bahauddin in 1999. The Anti-Terrorism Court (ATC), Gujranwala determined his age to be 17 as a result of a court-mandated ossification test confirming that he was a juvenile. Despite this, the court sentenced him to death in violation of a law.

Talking to Pak Voices, Iqbal’s brother Ghulam Abbas said his brother was booked by the police in robbery/murder case. The police levelled terrorism charges on him. His appeal to the Lahore High Court was dismissed on 20 March 2002, and by the Supreme Court on 11 September 2002. On 28 April 2017 the Supreme Court dismissed a subsequent review petition filed on the basis of a compromise between Iqbal and the victim’s family.

However, as he was sentenced under Section 396 of the Pakistan Penal Code (Act XLV of 1860), his offense remains non-compoundable. He has spent well over half his life serving on death row in gross violation of the Juvenile Justice System Ordinance.

To a question whether they approached the victim family for forgiveness, Abbas said yes they approached the complainants in the case i.e. the victim’s family and asked for forgiveness. The victim’s family has forgiven Iqbal and does not want him hanged. Yet, requests for Iqbal’s execution warrants were forwarded by the prison authorities to the ATC Court in Gujranwala on Friday, 30 June 2017.

Suspecting that he was a juvenile, the prosecution moved an application before the trial court to determine Iqbal’s age through an ossification test. It was subsequently conducted at DHQ Hospital, Gujranwala – which determined his age to be 17 years at the time of the alleged offense. The trial court held in its judgment that Iqbal was a minor at the time of the occurrence.

“… the ages of the accused except Zafar Iqbal and Aurangzeb [two of the five co-accused] at the time of occurrence appears to be less than 18 years.”
In fact, ossification tests were conducted on all five of the accused which determined three to be juveniles. However, all but Iqbal were given life sentences, including the ones found not to be juveniles.

According to HRCP data, two percent women have been awarded death penalty on various charges during last three years. However, unlike male none of the female has been executed so far. The analysis of the data further shows that two third of the total executions have been carried out on the charges of murder.
No female execution in last three years

Reema Omar, ICJ representative for Pakistan while talking to Pak Voices said, the death penalty has no demonstrable deterrent effect on crime or terrorism. The UN Committee on Crime Prevention and Control has concluded that its research “has failed to provide scientific proof that executions have a greater deterrent effect than life imprisonment. Such proof is unlikely to be forthcoming.”

“Pakistan officially revoked the moratorium of the death penalty in reaction to the horrific terrorist attack on the Army Public School in December 2014. At first, the Government partially lifted the moratorium for offenses related to terrorism as part of the larger National Action Plan against terrorism. However, in March 2015, the Government, without giving any reasons, brought back the death penalty for all capital offenses. Since then, a large majority of all executions have been of people convicted of ordinary crimes”, commented Reema.

Talking about operations of military courts, Reema said the assertion by the government and military that these trials met ‘due process’ makes a mockery of the principle of fair trial. Particularly worrying is the opacity with which these courts have operated. Proceedings of military courts, their judgments, reasoning and evidence, and details about the alleged offenses for which suspects were tried have been kept secret. The trials were closed to the public and families of the accused.

Talking to Pak Voices about flaws in the criminal justice system, Justice (retd.) Nasir Aslam Zahid says the world has changed but Sub-continent is still using more than hundred years old laws including the code of criminal procedure (Cr.P.C) 1898, Pakistan Penal Code (PPC), 1860, and the Qanun-e-Shahadat Order (QSO), 1984. Unfortunately, no research has been done and almost 89 percent clauses of Qanun-e-Shahadat Order (QSO), 1984 have been derived from the Evidence Act, 1872. “Though few amendments have been made in the CrP.C. but that too in bits and pieces which is why they have not yielded any positive results”, says justice (retd.) Nasir Aslam.

To a question about military court’s operations, Justice (retd.) Nasir said one cannot raise fingers on the transparency of military court’s operations, as they operate like any other civilian courts. However, he said even then he does not have faith in the Anti-Terrorism Courts (ATCs) and MCs. Instead of investing in ATCs and MCs the government should have enhanced the capacity and capability of civilian courts, particularly in the lower courts.

To a question about how to ensure swift and timely justice on merit, Justice (retd.) Nasir said, there are three basic components of the criminal justice system — (i) investigation (ii) prosecution (iii) judiciary. Unfortunately, all of these are full of flaws and needed to be overhauled. If anyone of these three components has any fault it will create problems in providing justice. The flaws in criminal justice system also reflect imperfection in our society.

“The conviction rate on merit in the entire Subcontinent is mere three percent and the basic reason for this injustice is poor investigation mechanism. The police is still using centuries old techniques of investigation and they heavily rely on torture. We need to enhance our investigative techniques. Similarly, the prosecution which is an important component needs to be proactive. It is very unfortunate that our prosecution department is very lazy. Normally, the prosecutors read the file on the day of hearing and fail to defend the case. Though there are flaws in the judiciary as well judiciary has to rely on the police investigation reports and prosecution and if both of them have faults how could you expect a just decision from the judiciary”, remarked Justice (retd.) Nasir.

No Ahmadi, Sikh and Hindu executed in last three years

Data on executions of minorities
Infogram

“Majority of the police force especially lower staff including constables are either uneducated or to somehow educated. Under these circumstances how could one expect great performance from the police department? I think the police bureaucracy and political leadership both are responsible in the flawed police system. The political interference in the police system is another factor which has deteriorated the entire police department. Those officers who want to work honestly without any political interference they (political leadership) would transfer him”.
According to Bani Amin, the lack of investigation skills in the police department is the reason for lower conviction rate on merit. “The police academies teach a police officer how to write a good and comprehensive essay or article for any foreign newspapers or magazine but no training on how to do an investigation. Not a single dedicated course on the investigation is offered to the police officers”.

Similarly, the process of registration of First Information Report (FIR) is based on lies which ultimately yield no result. The Investigation Officer (IO) in most of the cases manipulate the evidence in favour of the influential. The courts will deliver and do justice only if the police has done a proper investigation.

More than 80percent of the total executions carried out in Punjab 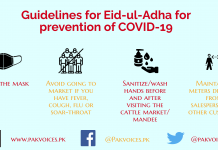